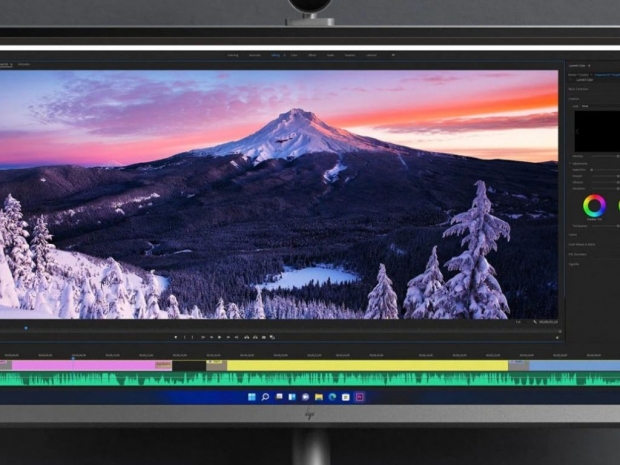 Lists it with the upcoming Envy 34 AiO PC

HP might have jumped the gun with Nvidia's rumored RTX 30 series refresh and has listed the RTX 3080 Super as an option with its upcoming Envy 34 All-in-One PC.

The upcoming Geforce RTX 3080 Super has been spotted in the listing for Envy 34 All-in-One PC before HP actually updated the site to remove the reference. Earlier rumors suggest that the new RTX 30 series Super update is expected at CES 2022 in January.

Current HP Envy 34 AiO PC packs RTX 2080 Max-Q mobile GPU, so it is possible that the RTX 3080 Super in question is also a mobile GPU as well. 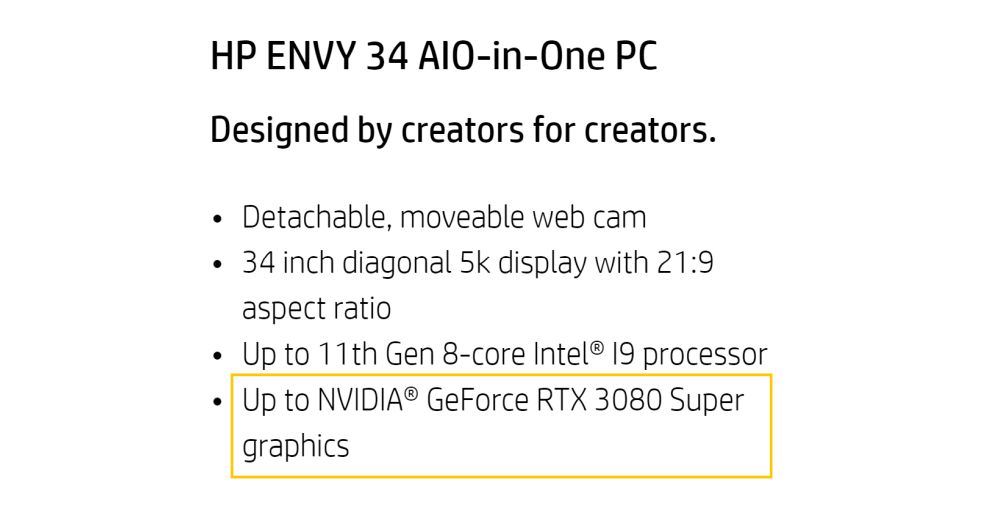