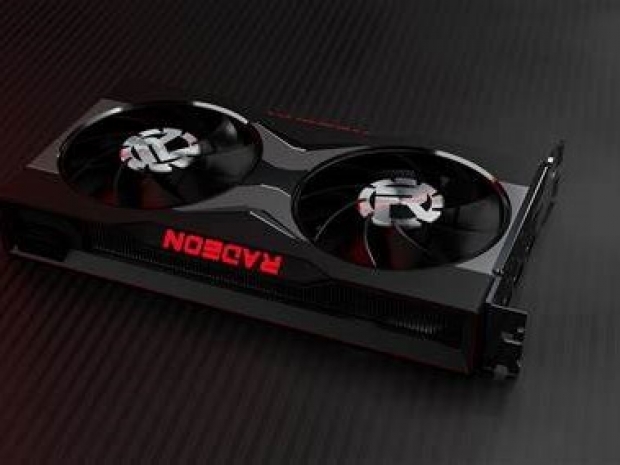 Hexus has found a list of product specs for the Gigabyte Radeon RX 6600 Eagle which it thinks it will be released on October 13. 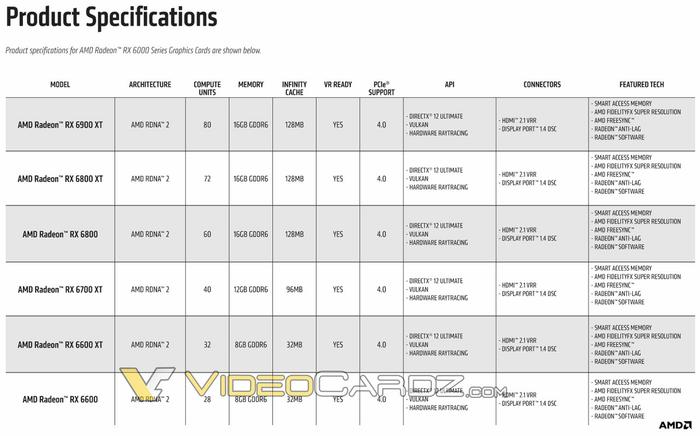 The AMD Radeon RX 6000 comparison table that looks like it was plucked straight from AMD's publicity web/PDF materials. It is similar to the RX 6600 XT but with 28CUs (1792 GPU cores) rather than 32 (2048 GPU cores). This table suggests all other specs remain the same; 32MB Infinity Cache, 8GB GDDR6 VRAM, outputs and graphics technology support.

VideoCardz, wich is the source of the information, thinks that the memory bus will remain the same at 128-bit for 256GB/s bandwidth. However, there are no base/boost clock speeds to share. As a reminder, the RX 6600 XT can run at up to 2589MHz boost.

AIBs can start sending out samples of their RX 6600 products to reviewers like Hexus, to arrive no earlier than 4 October. According to the leaked timetable, most reviewers will get a week or so to complete their tests, with their findings going public on 13th Oct – the same day as the products become available to consumers. So, early birds probably won't have a chance to digest reviews before piling in to buy – and if you miss that early float of availability, who knows when these products will be available again.