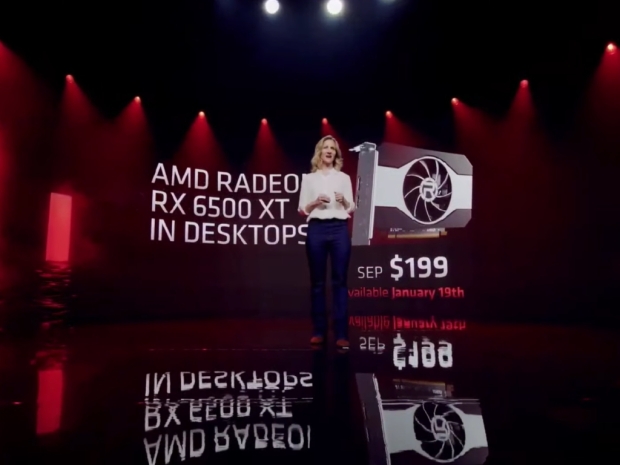 During its 2022 Product Premiere event at the CES 2022, AMD has officially announced the new Radeon RX 6500 XT graphics card, as well as the Radeon RX 6400 for OEMs, and the Radeon Super Resolution feature.

Based on the Navi 24 GPU, built on TSMC's N6 6nm manufacturing process, the Radeon RX 6500 XT packs 1024 Stream Processors in 16 CUs, 16MB of Infinity Cache, and 4GB of 18Gbps GDDR6 memory on a 64-bit memory interface, leaving it with 144GB/s of memory bandwidth. It has a TDP of 107W, at least according to AMD's own specification page. 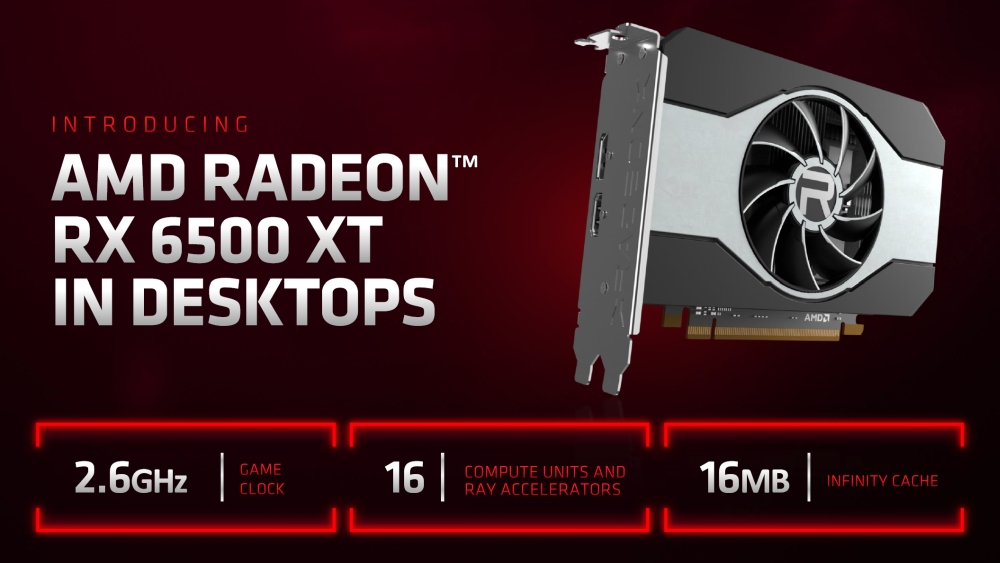 Thanks to mostly the new manufacturing process, the Radeon RX 6500 XT has a rather high base and boost GPU clocks. It works at 2610MHz base and 2815MHz GPU Boost clocks, and, according to AMD, should outperform both the Radeon RX 570 and the Nvidia Geforce 1650 by quite a margin. 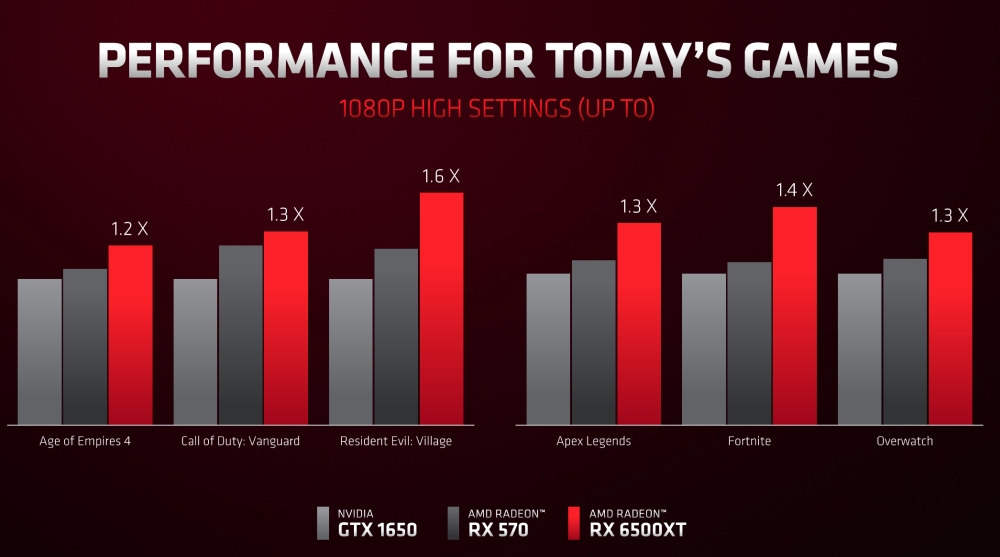 In addition to the Radeon RX 6500 XT announced during the event, AMD is also launching the Radeon RX 6400 for OEMs, which will end up with 12CUs or 768 Stream Processors, and 4GB of 16Gbps GDDR6 memory on a 64-bit memory interface, lowering the memory bandwidth down to 128GB/s.

It also works at slightly lower 2039MHz "game" and 2321MHz Boost clocks, so it won't be as fast as the Radeon RX 6500 XT and you might need to play with game settings in order to get those playable framerates at 1080p.

Radeon Super Resolution coms with the next AMD Software release

AMD was also keen to announce its next AMD Software Adrenalin Edition feature, the Radeon Super Resolution (RSR), which is basically a new driver-based upscaling technology.

Based on the same algorithm as the AMD FidelityFX Super Resolution, the RSR should bring much higher performance improvement at minimal image quality impact. 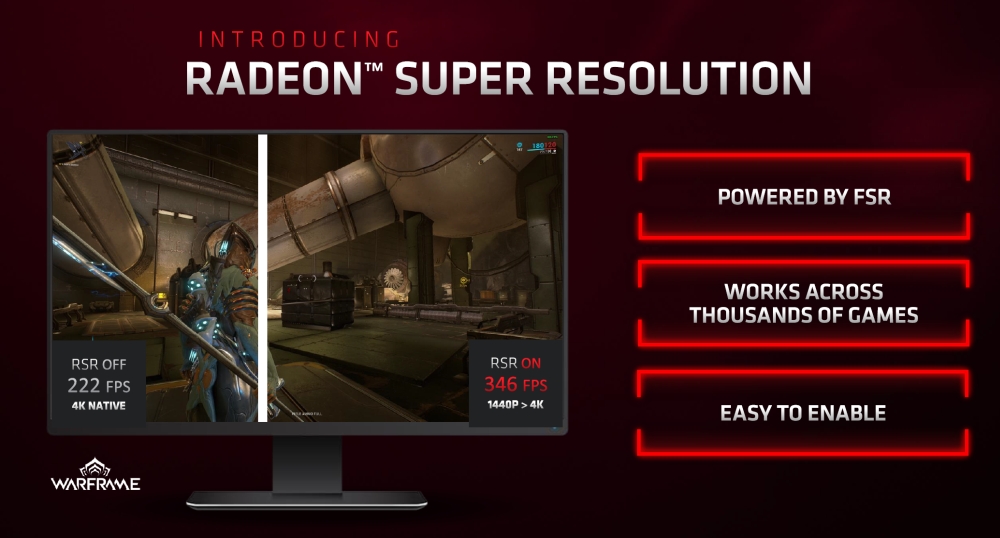 AMD has showcased Warframe at the event, upscaling it from 1440p to 4K, where it got a 1.7x faster performance compared to rendering at 4K resolution. 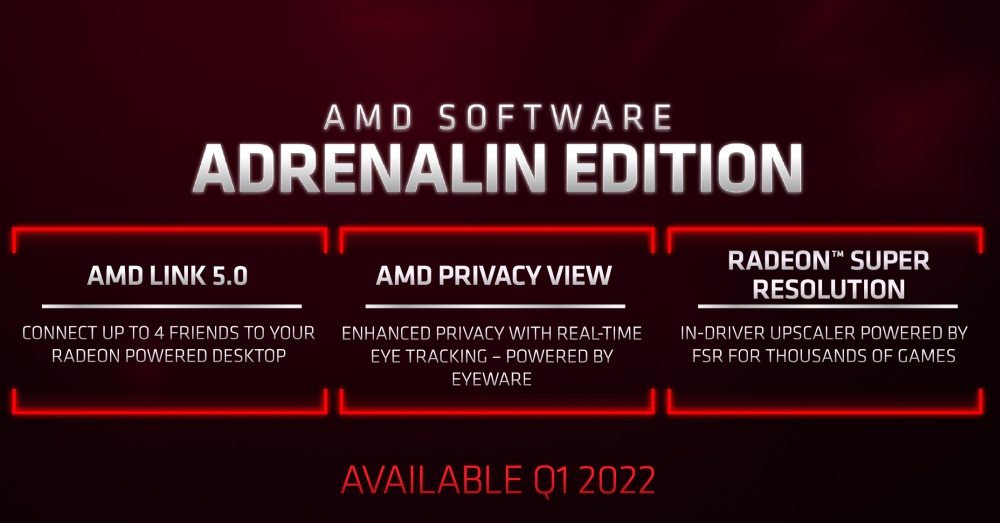