Samsung puts the slide into foldables 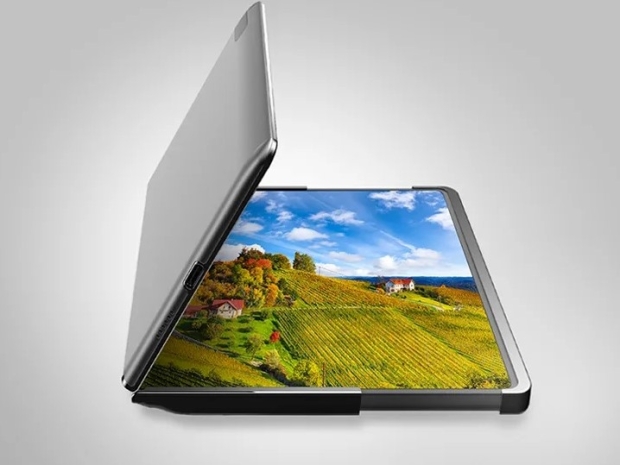 Apple is still not there yet

Last year, Samsung was showing off folding displays, but its Flex Hybrid OLED mobile screen can slide this year.

Debuting at CES 2023, the screen can fold from one side and slide out on the other, changing the size and aspect ratio.

Starting at a relatively compact 4.2 inches, it can slide out to a 10.5-inch 4:3 display suitable for productivity. You can then slide out the right side to create a 12.4-inch display with a 16:10 aspect ratio.

The extra two inches of the screen appears to roll from under the right-hand side of the device when slid out, judging by the different thickness on that side of the display. The combined technology could effectively allow you to carry a 12.4-inch, 16:10 OLED tablet in a pocket.

This is not the first time such an idea has been pushed. Xiaomi unveiled a folding, rollable screen in 2021, but it never got to a working prototype.

Two other Samsung displays will make their public debut at CES 2023.

The Flex Slidable Solo expands from a 14-inch OLED panel to a more expansive 17.3-inch display by sliding open from one side. And the Flex Slidable Duet OLED extends from two sides to make the exact conversion.

Both panels were mentioned at Intel's Innovation 2022 event in September but have yet to be publicly shown.