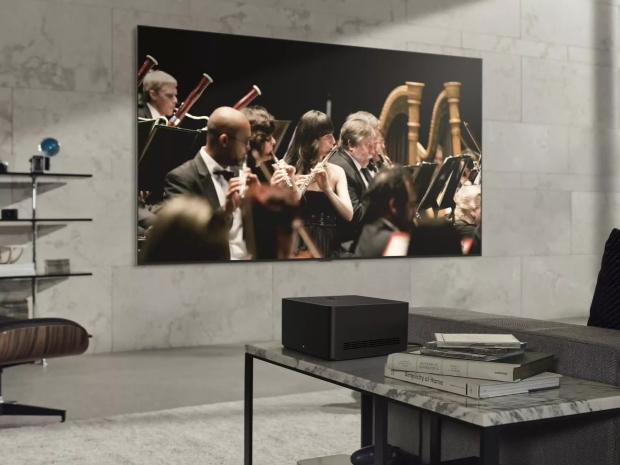 The system is based around a "Zero Connect" box, which serves as the connectivity hub for the set. LG said it can manage real-time video and audio transmission and has multiple ports for plugging in commonly-used HDMI devices.

LG said it developed an algorithm that identifies the optimal signal transmission path from the box to the set. It can detect environmental changes, like people or pets moving around, Russian invasion, or Global Warming and adjust the signal path accordingly.

It still needs a power cable to the set; otherwise, it is wire-free. Users should find it easier with fewer wires for the dog to trip over and greater placement freedom.

The Zero Connect box can be positioned up to 30 feet from the television. All processing happens inside the box; the set is just a panel with some speakers attached, they added.

The box features three 4K 120Hz capable HDMI ports. There is a pair of USB inputs, a LAN jack, a coaxial input and a couple of options for audio. An LG rep told the publication they have not yet measured gaming latency.

Last modified on 05 January 2023
Rate this item
(1 Vote)
Tagged under
More in this category: « Nvidia Geforce RTX 4070 Ti reviews are out Nvidia wants to integrate AI into its drivers »
back to top