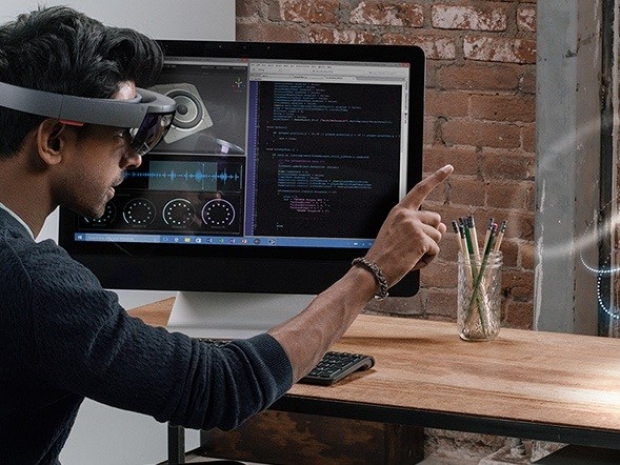 Software king of the world Microsoft has decided not to use Intel chips in its second generation HoloLens mixed reality headset.

Instead the contract has gone to Qualcomm's 'Always Connected' Snapdragon 850 SoC. The report comes from Neowin, which said that the move confirms that Vole's new specs will be an ARM-based device. It claims to have heard from "several sources" that HoloLens 2 will make use of the Snapdragon 850, the chipset already found inside the Lenovo Yoga C630 and Samsung Galaxy Book 2.

The HoloLens runs an Intel Atom for the CPU, along with Microsoft's custom Holographic Processing Unit (HPU).

The HoloLens 2, which is tipped to debut in 2019, will be able to analyse what the user sees and hears on the device rather than cloud processing and will have more sophisticated hand-tracking with hand segmentation and on-device voice recognition.

It also means that the new chip will be an Always Connected PC. Not only will it benefit from ARM's 'instant on' functionality, but the Snapdragon 850 has a Snapdragon X20 4G LTE modem built into it, which is capable of download speeds of 1.2Gbps.

With a Snapdragon 850 SoC onboard, the Windows Core OS-powered headset will also support LTE speeds of 1.2Gbps thanks to the integrated Snapdragon X20 4G modem.

Microsoft's first "mixed reality" headset went on sale in the UK in 2016, with the firm offering a developer-only version for £2,179 and an enterprise-focused model for £4,529.

Last modified on 11 December 2018
Rate this item
(0 votes)
Tagged under
More in this category: « Imagination Technologies announces PowerVR Series3NX Fitbit Charge 3 gets hammered »
back to top