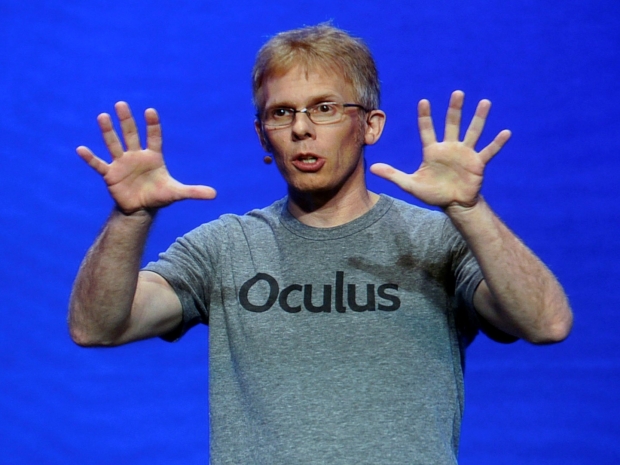 John Carmack, the chief technology officer of Facebook’s VR subsidiary Oculus, said he is clearing out his desk and exiting the building after becoming more interested in AI.

Recent comments from Carmack suggest he may have soured on VR development. In October, he delivered a “eulogy” for the Gear VR, which was effectively discontinued this year. And in a video for receiving a lifetime achievement award this week at the VR Awards, he said that “I really haven’t been satisfied with the pace of progress that we’ve been making” in VR.

He will remain in a “consulting CTO” position at Oculus, where he will “still have a voice” in the development work at the company.

Carmack will still work on some VR projects at Facebook such as projects that maximize VR visual quality on lower-powered mobile hardware.

But VR will “only be consuming a modest slice of my time” while he works on AI. “I have sometimes wondered how I would fare with a problem where the solution really isn’t in sight. I decided that I should give it a try before I get too old.”

Carmack became famous for programming games like Doom and Quake, and played a substantial role in the current generation of VR. He helped promote the Oculus Rift when it launched on Kickstarter in 2012, and he joined Oculus as CTO in 2013, leaving Doom studio id Software. ZeniMax Media, id’s parent company, later sued Oculus for allegedly misappropriating trade secrets to build Rift development tools. The two companies settled last December.

Carmack has also worked on private spaceflight efforts through a startup called Armadillo Aerospace, although the project has been in “hibernation” for several years.