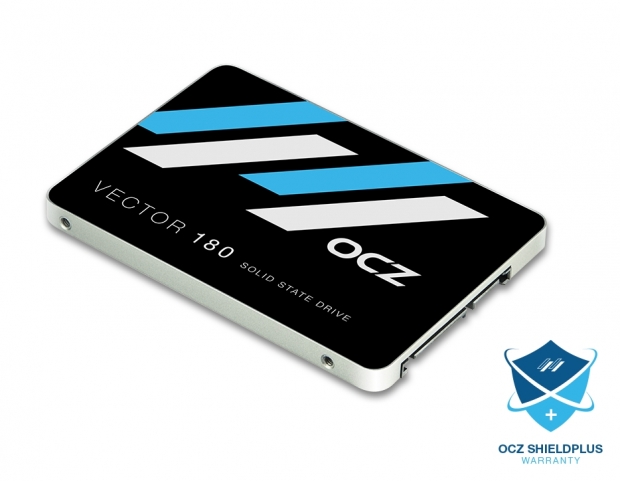 Based on Barefoot 3 controller

Spotted back at Computex 2014 in June, OCZ has now officially announced its latest Vector 180 SSD based on its in-house Barefoot 3 controller, paired up with Toshiba A19nm MLC NAND flash in a standard 2.5-inch 7mm thick form factor. To be available in 120, 240, 480 and 960GB capacities, the new Vector 180 SSD lineup will offer sequential transfer speeds of up to 550MB/s and random 4K performance of up to 100,000 IOPS, depending on the capacity.

The rest of the features and specifications include MTBF of 2.3 million hours, AES-256 encryption, SMART and TRIM support and an endurance rating of 50GB/s of host writes. The new Vector 180 SSD series will be bundled with Acronis True Image drive cloning software and 3.5-inch desktop adapter bracket and is backed by OCZ's 5-year ShieldPlus warranty.

In addition to the Vector 180 SSD series, OCZ has also launched its new SSD Guru software tool with sevelar integrated modules, including an overview dashboard, SSD Tuner, and OS Tuner, which provide control of maintenance, monitoring, SSD tuning, OS optimization and more via GUI interface. The new OCZ SSD Guru software is currently available for download over at OCZ's site.