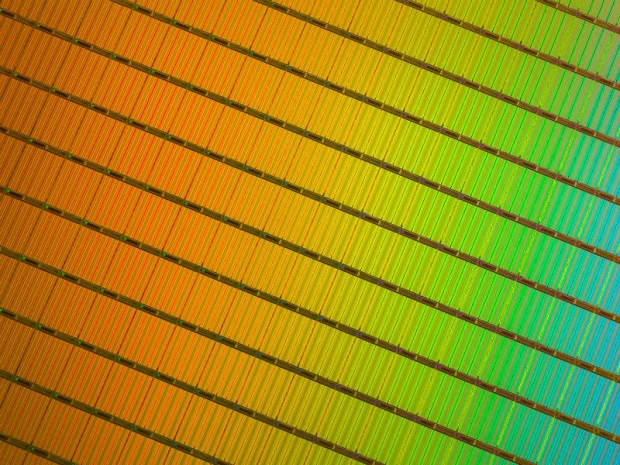 Micron and Intel have announced the availability of 256Gb NAND, the world’s highest density flash memory, but Toshiba is hot on their heels.

Intel and Micron boast that their new solution offers three times the capacity of competing NAND technologies, resulting in a smaller footprint, reduced cost and lower power usage. The chipmakers stated that planar NAND is nearing its practical limits, so 3D is the only way to keep up development and stick to Moore’s Law.

3D NAND – from smartphones to supercomputers

“This 3D NAND technology has the potential to create fundamental market shifts. The depth of the impact that flash has had to date—from smartphones to flash-optimized supercomputing—is really just scratching the surface of what’s possible.”

Shirley added that Micron’s and Intel’s 3D NAND is an industry-leading technology, unmatched by any flash memory today.

He added that the rollout reflects the companies’ commitment to offering leading non-volatile memory technologies.

But wait, Toshiba and SanDisk want a slice of the pie

The announcement did not go unnoticed. Toshiba responded by announcing that its 128Gb 48-layed NAND is sampling. The new NAND is also the result of a joint venture – Toshiba teamed up with SandDisk to create a new entity called BiCS (Bit Cost Scaling).

Toshiba said its new technology relies on a new change trap designed to reduce electron leakage, which has always been a concerned for 3D parts.

Toshiba is starting production in its Japan-based Fab 5 and production should be expanded to another fab in 2016. The first BiCS chips are expected to start shipping in the first half of 2016.