Samsung shows off its new Galaxy S9 and S9+ smartphones 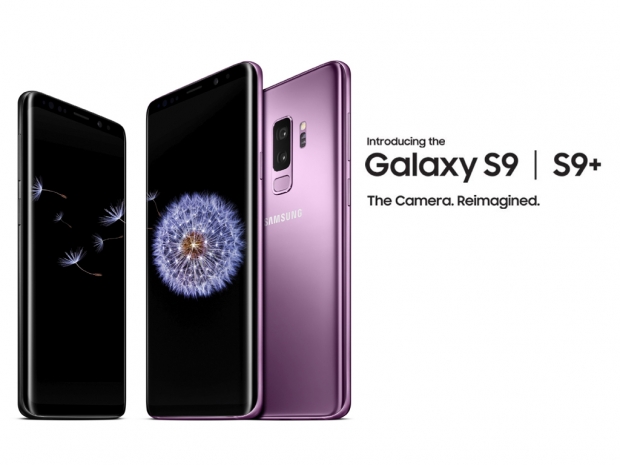 Similar design but with new SoCs and more features

Samsung has unveiled its newest Galaxy S9 and S9+ smartphones at the Unpacked event at the MWC 2018 show in Barcelona, revealing two smartphones that will have a similar design but come with updated hardware and a few other features.

As expected and leaked earlier, Samsung did not change much when it came to the design but did manage to slim those screen bezels so the new Galaxy S9 and S9+ smartphones are somewhat smaller compared to their predecessors. This also means that both smartphones retained IP68 resistance. 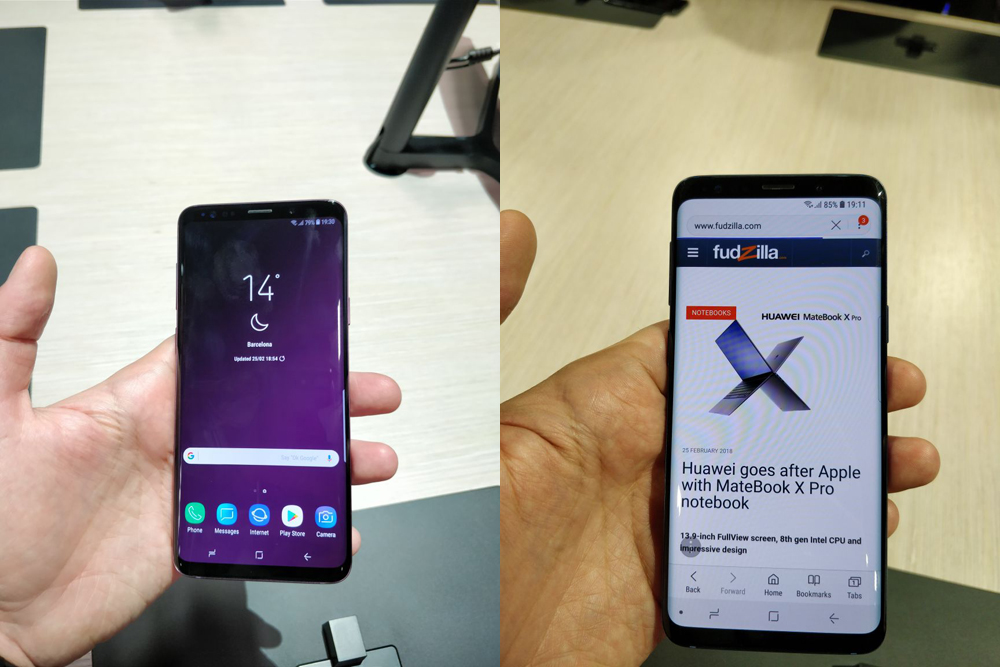 As expected, both the Galaxy S9 and the S9+ will be powered by Samsung's own Exynos 9810 SoC in all regions except the US and China, where it will be equipped with Qualcomm's latest Snapdragon 845 SoC. We've already written plenty about those two chipsets so we won't get into any details here. Both versions will come with 4GB of RAM on the Galaxy S9 and 6GB of RAM on the Galaxy S9+. Both will also be available in 64GB, 128GB and 256GB storage options, expandable via microSD card slot.

The biggest update to the new Galaxy smartphone lineup is the camera setup. The Galaxy S9 ended up with a single rear 12-megapixel camera with a variable aperture (f/1.5 and f/2.4), optical stabilization, dual-pixel phase-detect autofocus and single LED flash. The Galaxy S9+ comes with the same main rear camera but also includes a secondary 12-megapixel telephoto camera with f/2.4 lens, same optical stabilization and dual-pixel autofocus, which is the same setup as on the Galaxy Note 8.

Both smartphones have a front 8-megapixel camera with f/1.7 lens and autofocus, similar to the Galaxy S8.

These updates to the camera system also gave both smartphones support for video recording at 4K@60fps or 720p@960fps, for slow motion.

The speakers are also updated as both smartphones use AKG stereo speaker setups with Dolby Atmos support. The rest of the new features include all new AR Emojis, new KNOX, and the so-called Intelligent Scan security feature which use iris scanner and face unlock at the same time. 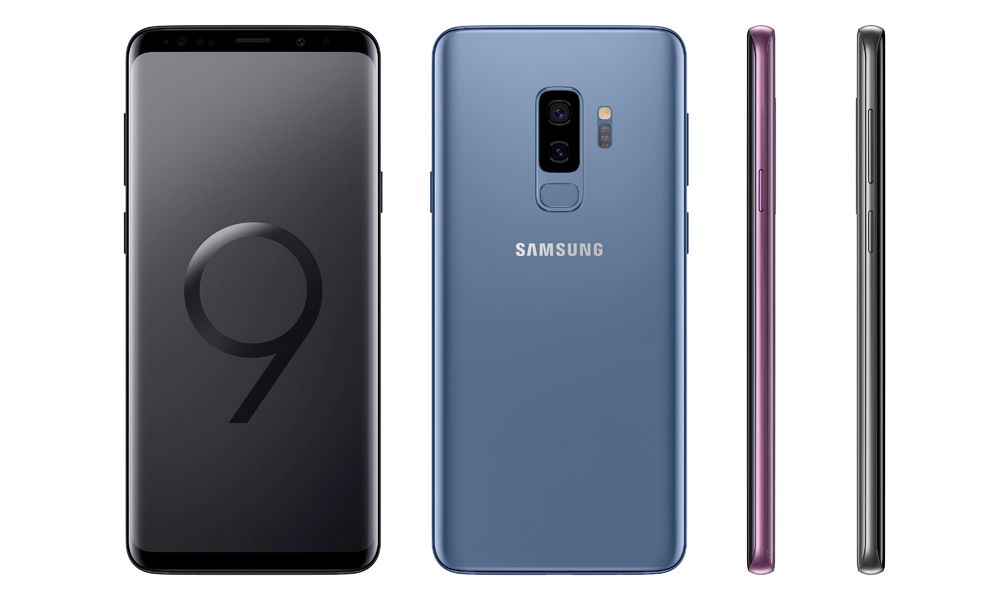 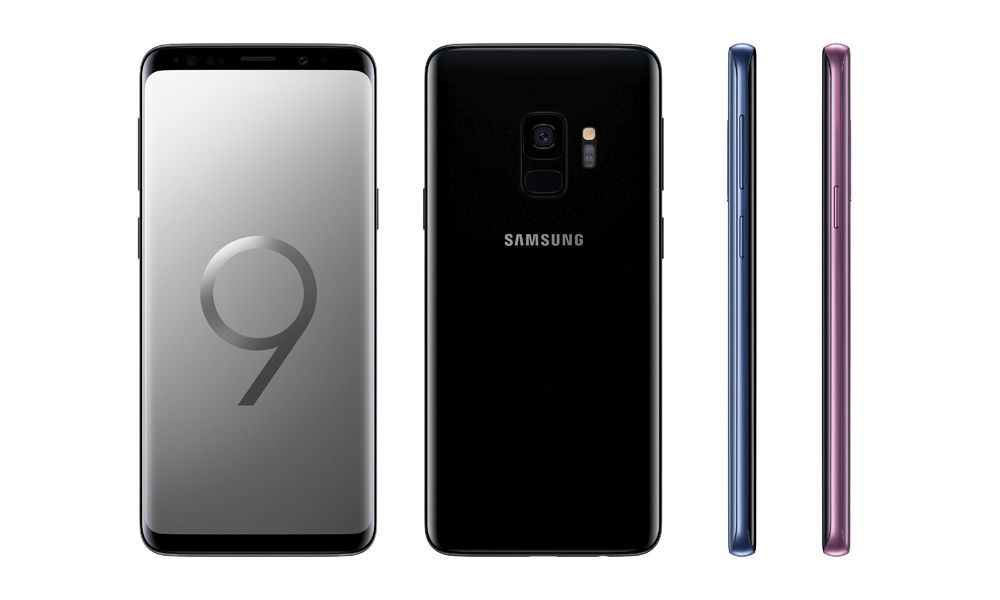 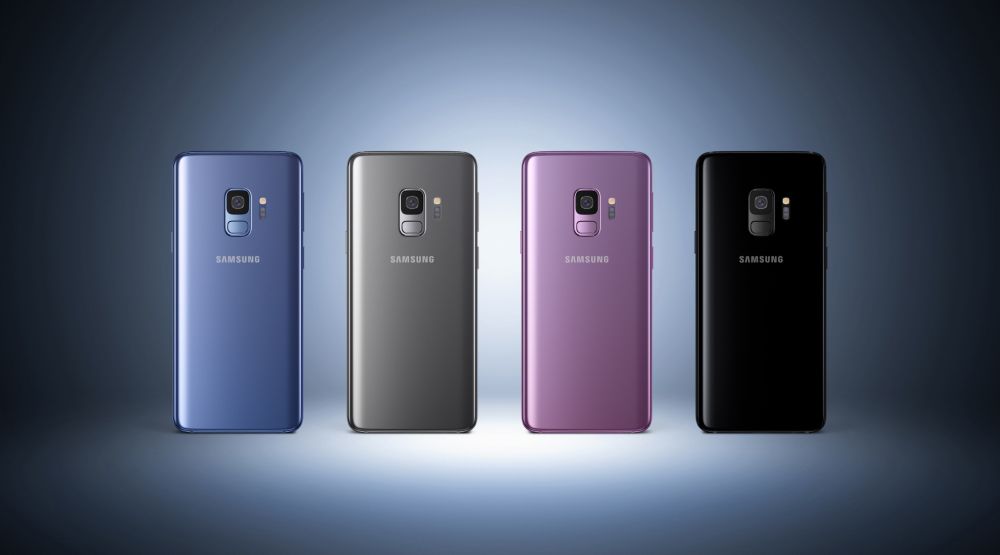 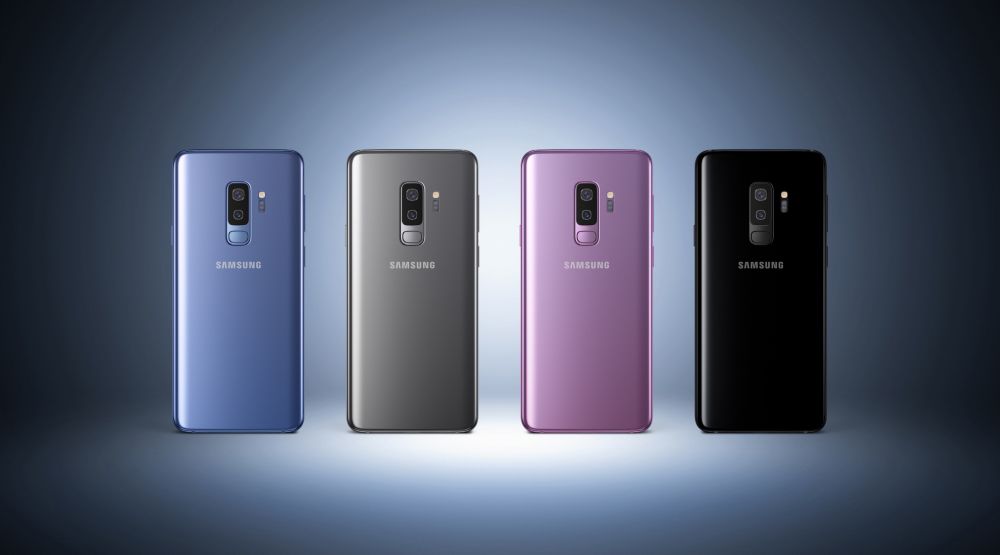 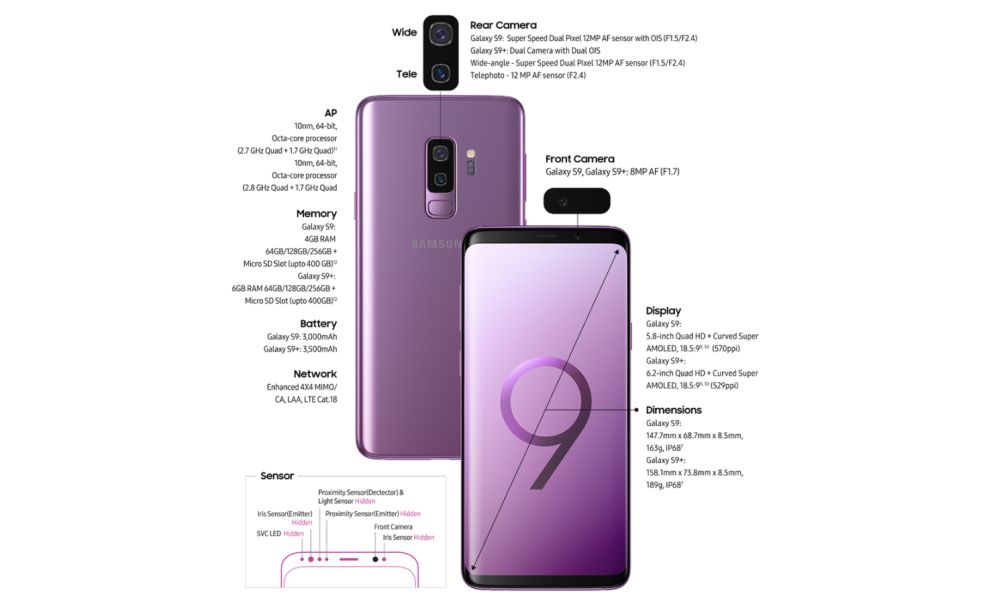