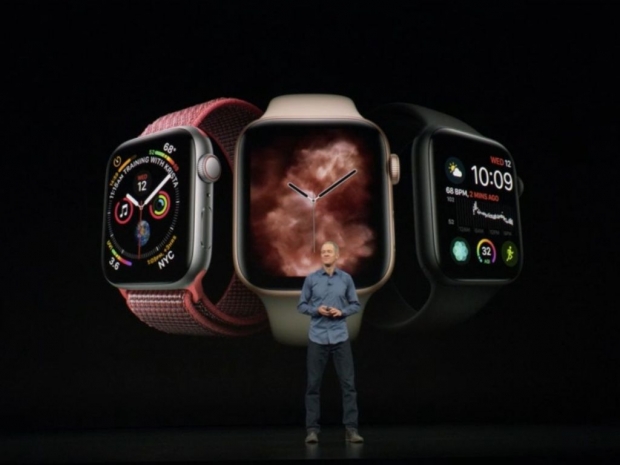 Larger screen, two sizes, and an ECG in tow

At a special event at the Steve Jobs' Theater, Apple officially announced its new Apple Watch Series 4, set to bring a couple of improvements and come with a larger screen compared to the Series 3. 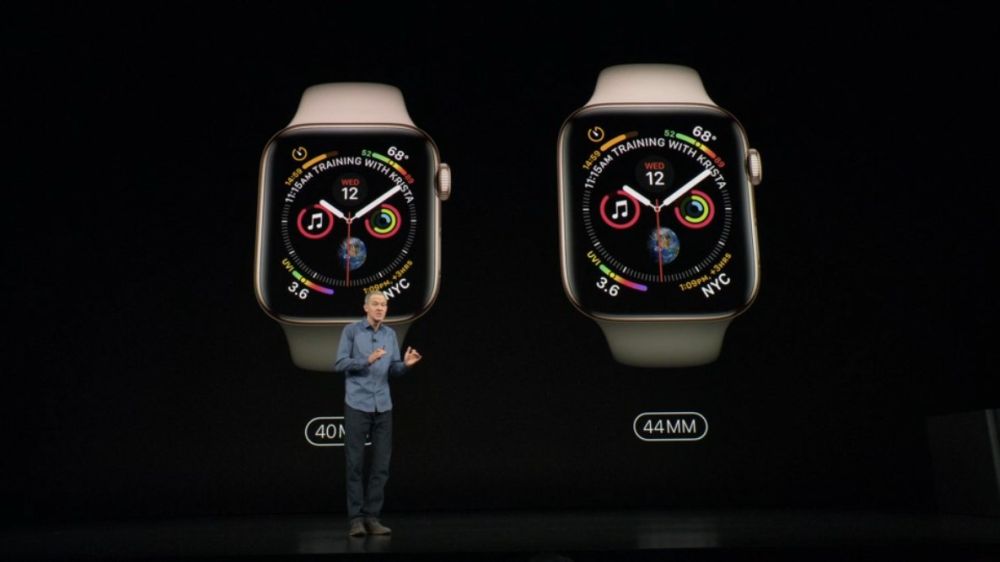 In addition to the new watch faces, which can now show a lot more, Apple has also updated the digital crown, which is "completely redesigned" according to Apple, and now comes with haptic feedback, as well as a few other tricks up its sleeve, but we'll go into that a bit later.

Apple also managed to give its new Watch an IP68 rating, which is a nice touch as it can withstand deeper pools.

When it comes to hardware, the Apple Watch Series 4 is powered by the new Apple S4 dual-core SoC, which is claimed to be twice faster and also provides much better power efficiency, as Apple claims "all-day battery life" for its Series 4 Watch. 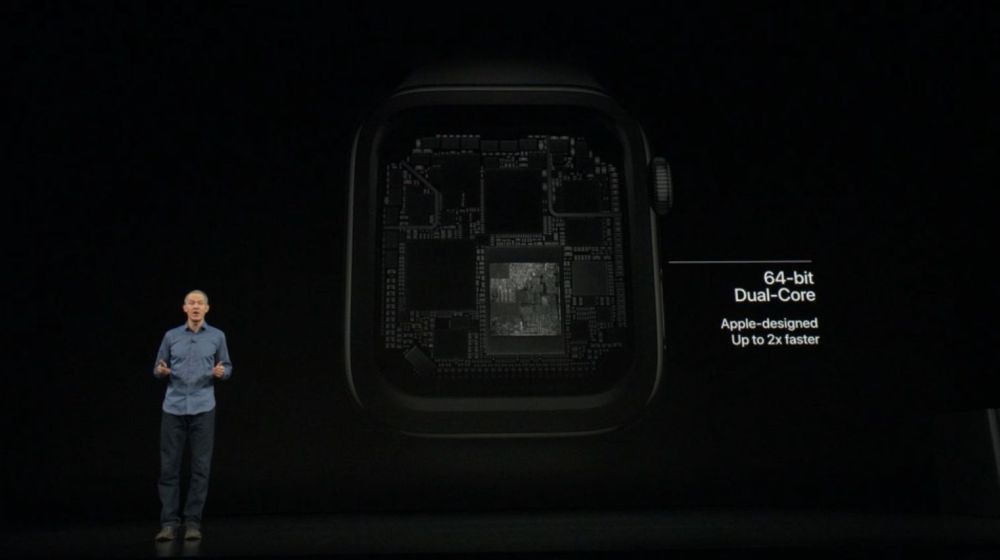 Much of the updates unveiled at the event for Apple Watch Series 4 are focused on health, as it now has a low heartbeat alert, as well as the all-new electrocardiogram (ECG), which uses the sensor in the digital crown, together with ECG sensors at the bottom of the watch, to do a cardiogram. While it might be considered as a gimmick, it has been certified by the FDA, so it may clearly be helpful on your next appointment with the cardiologist.

Apple also updated both the accelerometer and gyroscope sensors with up to 800 percent faster measurement and included a new feature which detects a fall and notifies emergency contacts.

As expected, the Apple Watch Series 4 comes in a couple of different color options, or finishes, including silver, gold, and grey or stainless grey and gold. The strap has not changed so those from the Series 3 should work fine.

The Apple Watch Series 4 with Bluetooth and GPS will be available in 26 markets at launch while the cellular version will be coming to 16 markets, from 34 different providers. The price starts at $399 for the Bluetooth/GPS version while the Cellular one will start at $499. They will be available for pre-order on Friday, September 14th and likely to start shipping on September 21st.

The old Apple Watch Series 3 got a bit of a price cut and now starts at $279. 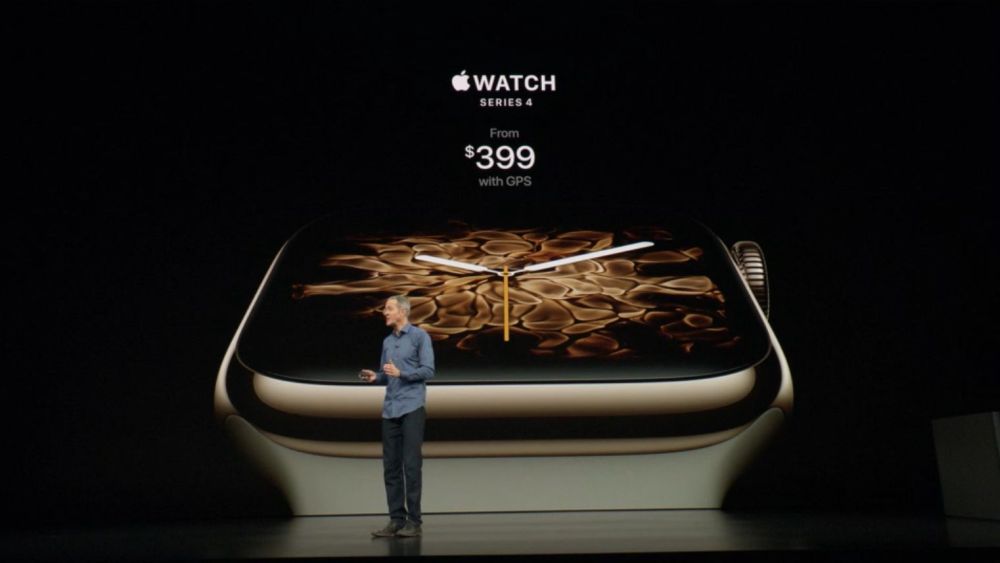 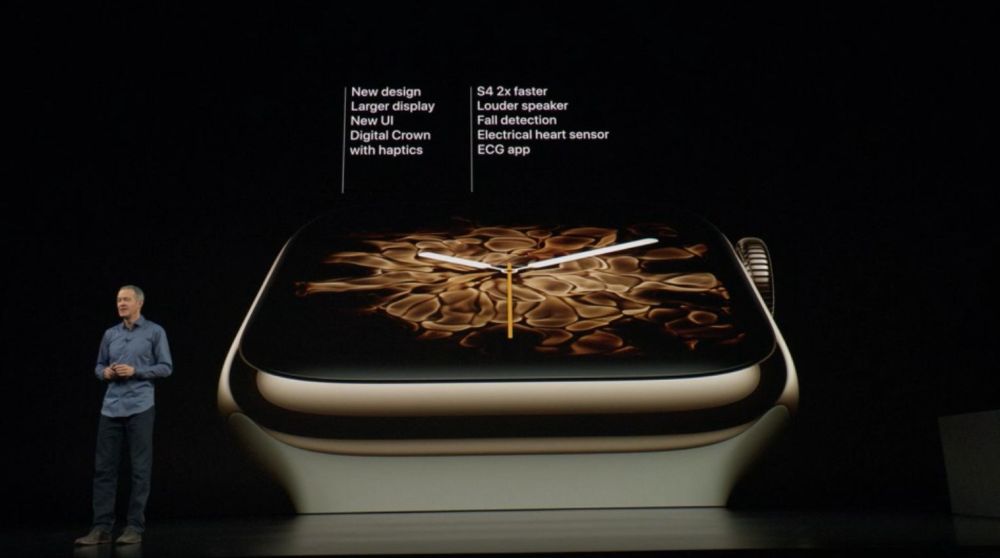 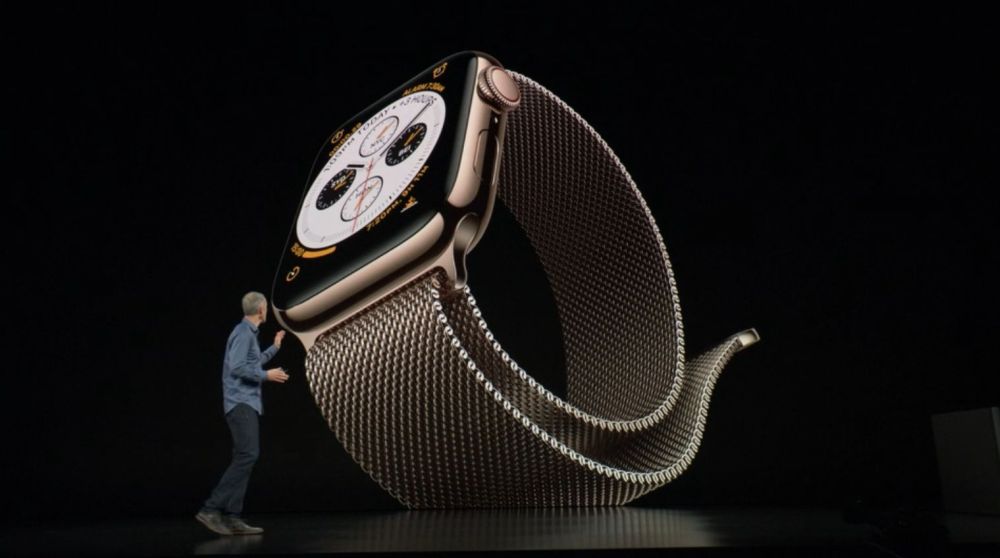 Last modified on 12 September 2018
Rate this item
(0 votes)
Tagged under
More in this category: « Apple A12 Bionic chip is third 7nm for phones Apple confirms eSIM for iPhone X »
back to top