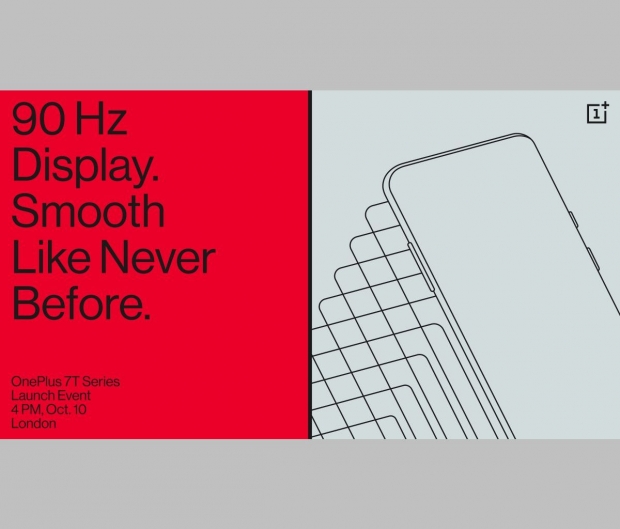 OnePlus has officially confirmed that the OnePlus 7T series will launch in London on October 10 at 5 PM local time. The company is emphasizing that the new product will end up with 90 Hz display smoother than ever.

Pete Lau, CEO founder of OnePlus mention that at OnePlus, the general idea is the smooth and fast experience. The display of the Smartphone is the element that the end-user interacts the most and therefore investing in display innovations is the step in the right direction.

OnePlus fans will be able to see the webcast over the OnePlus website alongside YouTube and Twitter. The first part of OnePlus 7T series will launch in India on September 26, but the London will unveil even more.

One can expect Snapdraogn 855 but 855 Plus is also not out of the question.

Last modified on 17 September 2019
Rate this item
(0 votes)
Tagged under
More in this category: « Fastest Android phone on the market? Microsoft new Surface might come with AMD hardware »
back to top