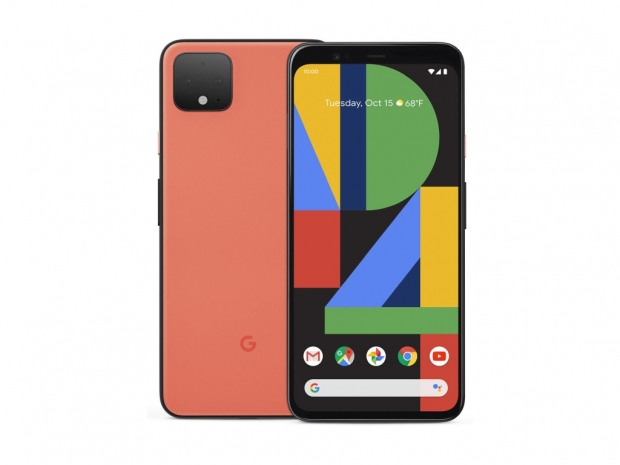 Both smartphones use an aluminum frame with glass back, and you can get it in three colors, Oh So Orange, Just Black, and Clearly White. Both are IP68 resistant and have stereo speakers and three microphones.

As noted, the screen on both smartphones lack any notches, has a 90Hz refresh rate, supports HDR, 100% DCI-P3, and is protected by Gorilla Glass 5. Interestingly enough, screens will revert to 60Hz when there is nothing happening as it should extend the battery life. The Pixel 4 XL has a slightly better screen-to-body ratio at 81.3 percent, and higher pixel density at 537 ppi. The Pixel 4 ends up with a 79.8 percent screen-to-body ratio and 444 ppi of pixel density. 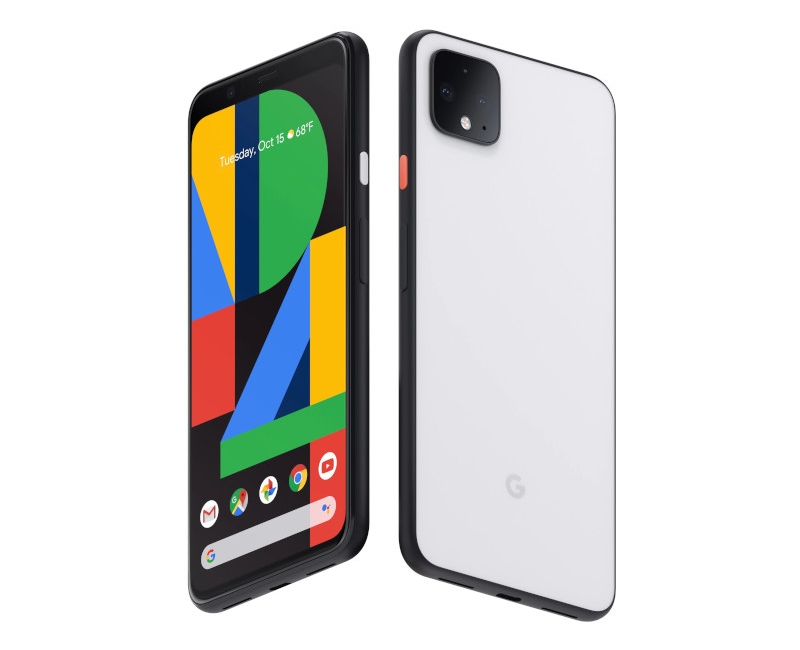 The biggest update to the new Pixel 4 line is the camera system, and hopefully, DXOMark will have some results soon. Both the Pixel 4 and the Pixel 4 XL will come with the same camera system and while the square module has four holes, this is a dual-camera system, backed by a dual-LED flash and spectral/flicker sensor.

According to Google, what makes the main camera special is not the lens, sensors or other hardware, but actually the Pixel Neural Core and a couple of proprietary algorithms. Thanks to that same Neural Core, the camera app can render HDR+ in real-time allowing you to make adjustments. It also allow users to have manual control over shadow and highlights and brings a whole new Nightsight mode, perfect for astrography.

In addition to the main rear camera, both Pixel smartphones will come with an 8-megapixel camera at the front for selfies. It has a 1.22 μm pixel width sensor, f/2.0 aperture, fixed focus, and 90-degree field of view. There are also two NIR (near-infrared) cameras with NIR flood emitter and NIR dot projector. Google also threw in a Soli radar, which is apparently better than an optical system and it will take care of all hand gestures, including navigation, snoozing alarms and silencing phone calls, by just waving the hand above the screen.

No Snapdragon 855+ for new Pixel 4 smartphones

As noted, both the Pixel 4 and the Pixel 4 XL come with the old-faithful Snapdragon 855 SoC, paired up with 6GB of RAM, and either 64GB or 128GB of storage. There is no microSD card slot, but, of course, you also get unlimited storage at high quality with Google Photos.

The Pixel 4 XL comes with a 3,700mAh battery while the smaller Pixel 4 has a 2,800mAh battery. Both support fast wireless charging and 18W wired charging.

Both new Pixel 4 smartphones should be available as of October 24th and they are now available for pre-order.

Rate this item
(2 votes)
Tagged under
More in this category: « Pixel 4 will not use latest Snapdragon chipset Kids can easily bypass Apple Screen Time »
back to top