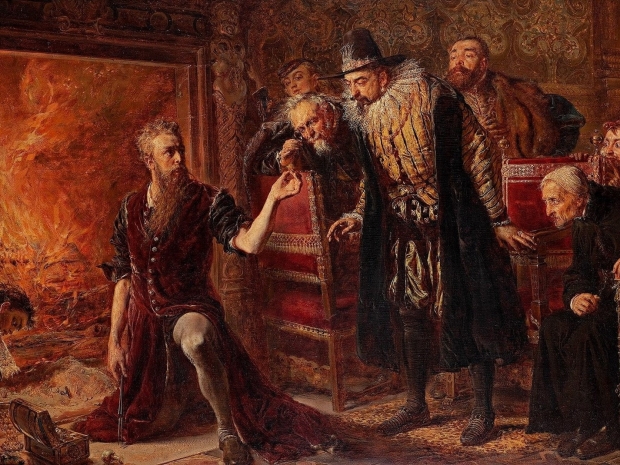 Alchemists at the University of Maryland have taken time out from turning lead into gold and have instead turned ordinary sheets of wood into transparent material that is nearly as clear as glass, but stronger and with better insulating properties.

Wood is made of two basic ingredients: cellulose, which are tiny fibres, and lignin, which bonds those fibres together to give it strength. Tear a paper towel in half and look closely along the edge. You will see the little cellulose fibres sticking up. Lignin is a glue-like material that bonds the fibres together, a little like the plastic resin in fibreglass or carbon fibre. The lignin also contains molecules called chromophores, which give the wood its brown colour and prevent light from passing through.

Early attempts to make transparent wood involved removing the lignin, but this involved hazardous chemicals, high temperatures and a lot of time, making the product expensive and somewhat brittle. The new technique is so cheap and easy it could literally be done in a backyard. Starting with planks of wood a metre long and one millimetre thick, the scientists simply brushed on a solution of hydrogen peroxide using an ordinary paint brush. When left in the sun, or under a UV lamp for an hour or so, the peroxide bleached out the brown chromophores but left the lignin intact, so the wood turned white.

Next, they infused the wood with a tough transparent epoxy designed for marine use, which filled in the spaces and pores in the wood and then hardened. This made the white wood transparent. You can see a similar effect by taking that same piece of paper towel, dip half of it in water and place it on a patterned surface. The white paper towel will become translucent with light passing through the water and cellulose fibres without being scattered by refraction. The epoxy in the wood does an even better job, allowing 90 percent of visible light to pass through. The result is a long piece of what looks like glass, with the strength and flexibility of wood.

The findings have been published in the journal Science Advances.

Last modified on 10 February 2021
Rate this item
(2 votes)
Tagged under
More in this category: « Apple’s iPhone 12 mini was a disaster Apple wins battle of North Dakota »
back to top