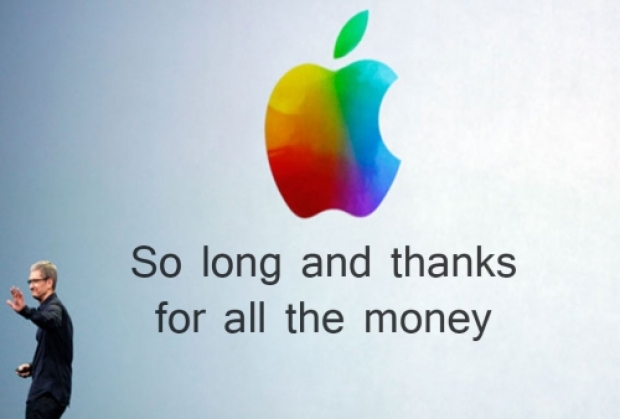 Apple's App Store had operating margins of almost 78 percent in the fiscal year 2019, according to testimony from an Epic Games expert witness based on documents obtained from the fruity cargo cult.

Ned Barnes, a financial and economics researcher, said he obtained documents "prepared by Apple's Corporate Financial Planning and Analysis group and produced from the files of Apple CEO Tim Cook".

Apple is disputing the accuracy of Barnes's numbers and asked the judge to restrict public discussion of App Store profit because talking about profit is nothing to do with an antitrust case.

Epic and Apple are locked in a high-stakes trial with Epic trying to show that the App Store is run like a monopoly with its commission on developers of as much as 30 percent.

Jobs' Mob insists it does not abuse its market power, but it has form for doing that in the past with ebooks and it denied it then too.

Epic is also suing Apple in the UK and Australia while Apple faces scrutiny from antitrust regulators in the US and abroad.

The companies are relying heavily on duelling economists as they make their case to US District Judge Yvonne Gonzalez Rogers, who is conducting the three week trial without a jury.

As part of the pretrial information-sharing process, Barnes said that an Apple employee told him that the numbers from the company's internal documents don't show the full picture.
Barnes said he then made additional calculations, which resulted in higher-margin estimates of 79.6 percent for both 2018 and 2019.

In a statement on Saturday, Apple said Epic experts' "calculations of the operating margins for the App Store are simply wrong and we look forward to refuting them in court".

Barnes said he obtained documents prepared inside Apple that show profit and loss estimates for the fiscal year 2020. He said Apple had been tracking App Store profits for years and that he also obtained such statements for 2013 through 2015.

Last modified on 04 May 2021
Rate this item
(2 votes)
Tagged under
More in this category: « One bloke makes Apple look really silly Lenovo premium Android tablet spotted in China »
back to top