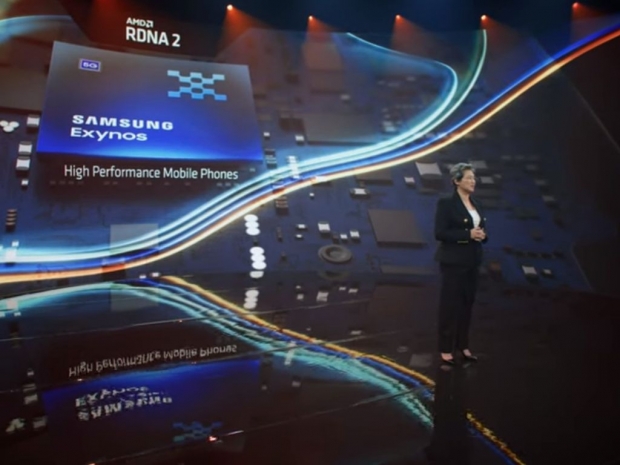 During its keynote Computex 2021 event, AMD CEO, Dr. Lisa Su, confirmed that the RDNA GPU in the next-generation Exynos SOC will support both raytracing and variable rate shading (VRS).

The original licensing and cooperation agreement between AMD and Samsung was announced back in June 2019 and it appears that the Samsung Exynos will at least one exclusive feature. While variable rate shading is already available with the latest Adreno 660 GPU in the Snapdragon 888 SoC, the RDNA architecture from AMD might bring several other benefits and the exclusive feature which is raytracing.

"The next place you’ll find RDNA 2 will be the high-performance mobile phone market. AMD has partnered with industry leader Samsung to accelerate graphics innovation in the mobile market, and we’re happy to announce we will bring custom graphics IP to Samsung’s next flagship SoC, with ray-tracing and variable rate shading capabilities. We’re really looking forward to Samsung providing more details later this year", said Dr. Lisa Su during the keynote.

ARM is also working on raytracing and VRS support but it will possibly come with the next generation, one that won't be coming before 2023.

On the other hand, Samsung might have taken a great shortcut with AMD RDNA architecture as, according to recent rumors, Exynos 2200, which could feature an RDNA GPU, could be coming in the second half of the year.

Last modified on 02 June 2021
Rate this item
(0 votes)
Tagged under
More in this category: « Honor 50 series to be unveiled on June 16 Apple's update kills battery life »
back to top