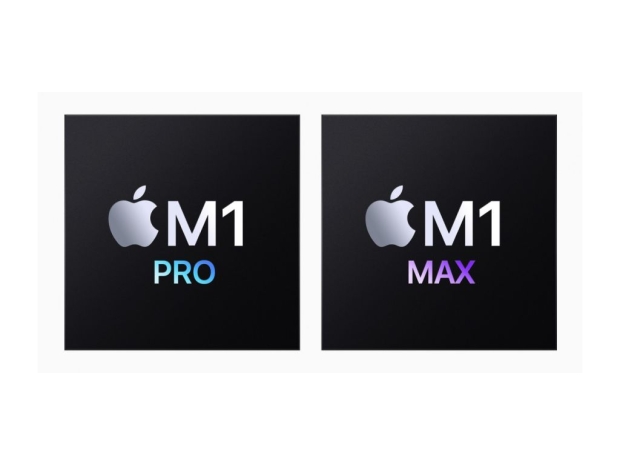 During its announced Apple Mac keynote, the company has announced a new line of MacBook Pro devices, as well as two new SoCs that will power those devices, the M1 Pro and the M1 Max.

Both the M1 Pro and the M1 Max are following Apple's move to replace x86 architecture with its own in-house design, and across its entire lineup. The previously available M1 has been a decent success for the company, despite still being a smaller chip that struggled to keep up with larger x86 chips.

According to Apple's own estimates, compared to the M1, the M1 Pro and the M1 Max SoC will provide up to 70 percent faster CPU performance, and up to 2x and 4x higher GPU performance, respectively.

The M1 Pro, which is the smaller of the two, packs 33.7b transistors, on an estimated die size of 246mm2. This is a huge and tightly packed chip, all thanks to TSMC's 5nm manufacturing process. 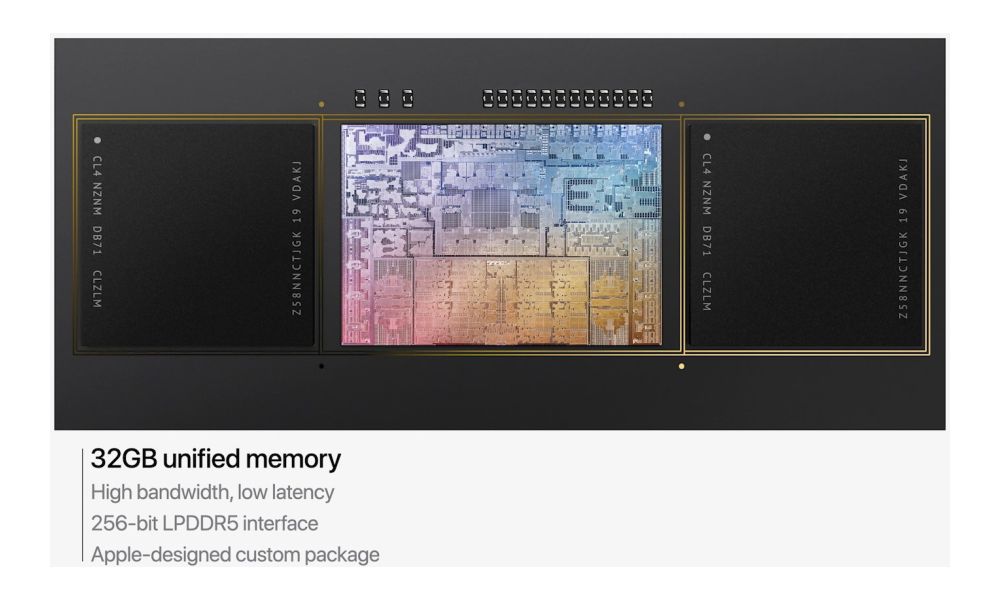 The biggest part of the die is the 16-core GPU with 2048 Execution Units (EUs), which should, at least according to Apple, provide up to 2x higher GPU performance, or advertised 5.2TFLOPs. In terms of performance, Apple is comparing its M1 Pro to GPU to the RTX 3050 Ti 4GB mobile chip, showing similar performance at 70% less power.

Another big part of the chip are two SLC blocks, and a 2x128-bit (256-bit) LPDDR5 interface with 32GB (2x16GB) of unified memory, with a maximum bandwidth of 200GB/s. The memory chips are located on two separate dies on each side of the the M1 Pro die, all placed on the same PCB. 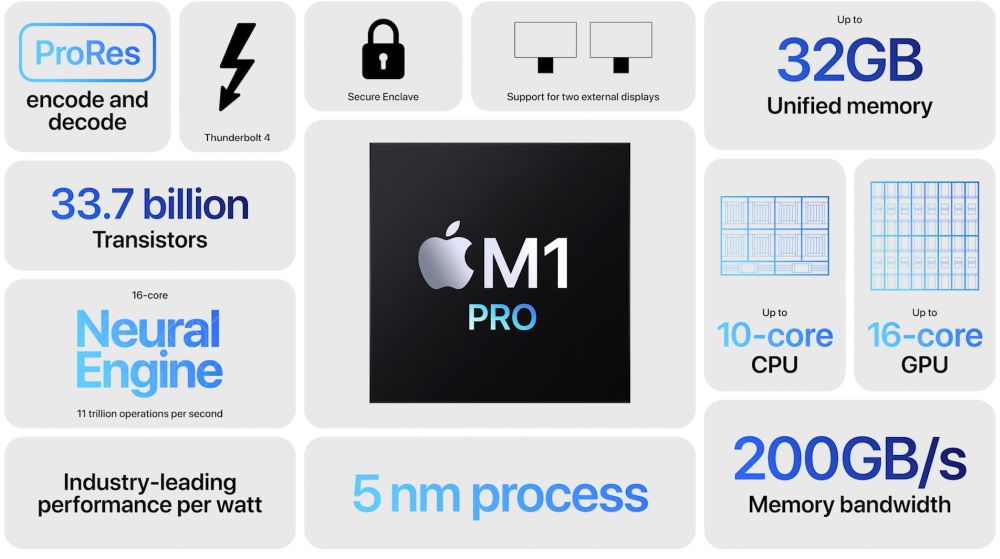 The design of the M1 Max is quite similar to the M1 Pro, but with a beefed-up 32-core GPU, two additional memory dies, and wider memory interface. 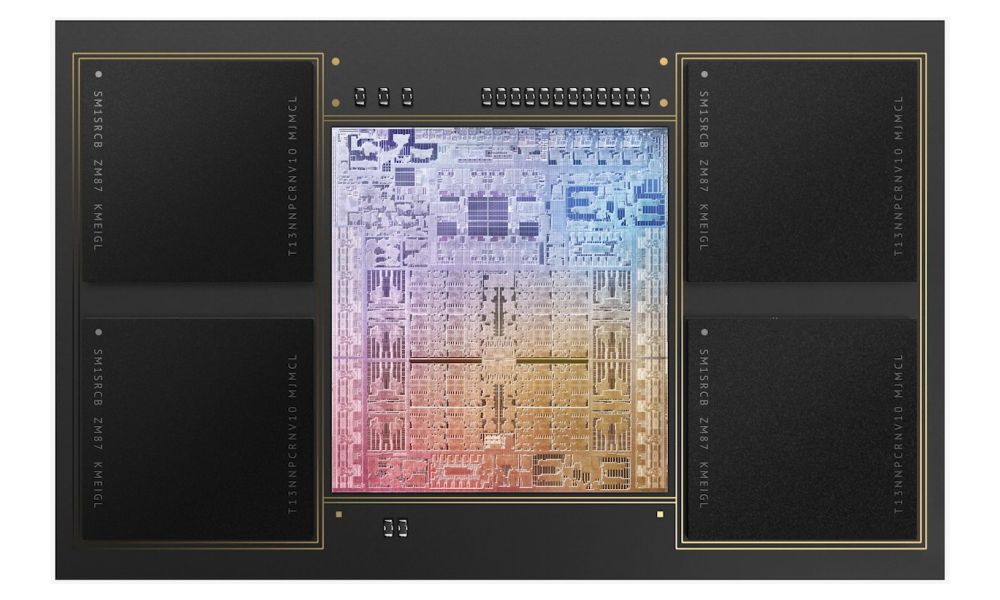 The M1 Max, which is a huge chip by any standard, packs 57b transistors on an estimated die size of 432mm2. It features 10 CPU cores, 32 GPU cores, 64GB of unified memory on a 512-bit memory interface, and advertised bandwidth of 400GB/s.

The beefed-up GPU, packs 4096 EUs and 10.4 TFLOPs of compute performance. In terms of performance, at least according to Apple, the M1 Max GPU is compared to the mobile version of the RTX 3080 GPU (100W), with the M1 Max GPU offering higher performance while still using 40 percent less power (60W). 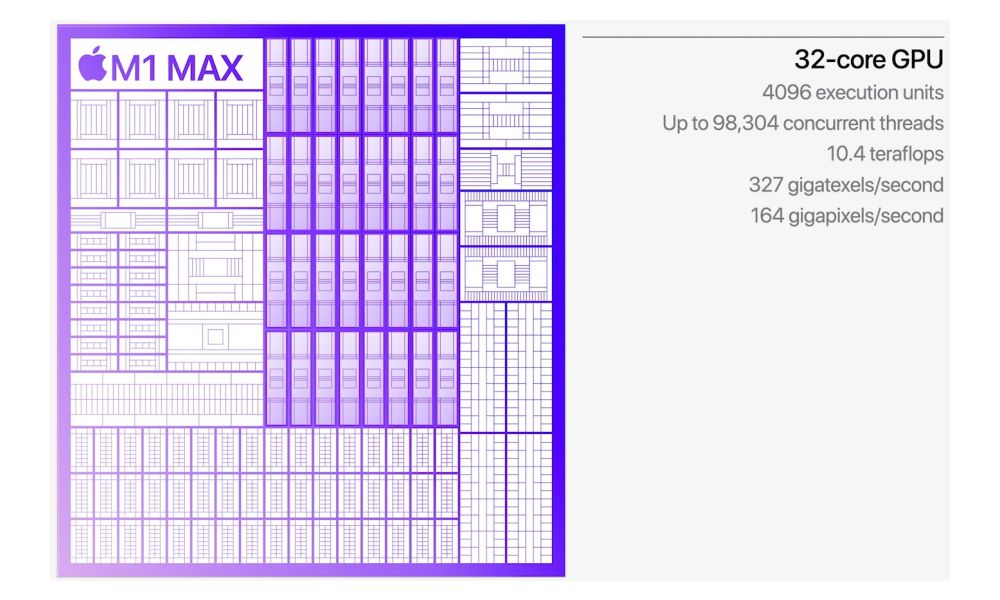 As said, the M1 Max is quite similar to the M1 Pro but thanks to the beefed-up GPU, also gets quad external display support. 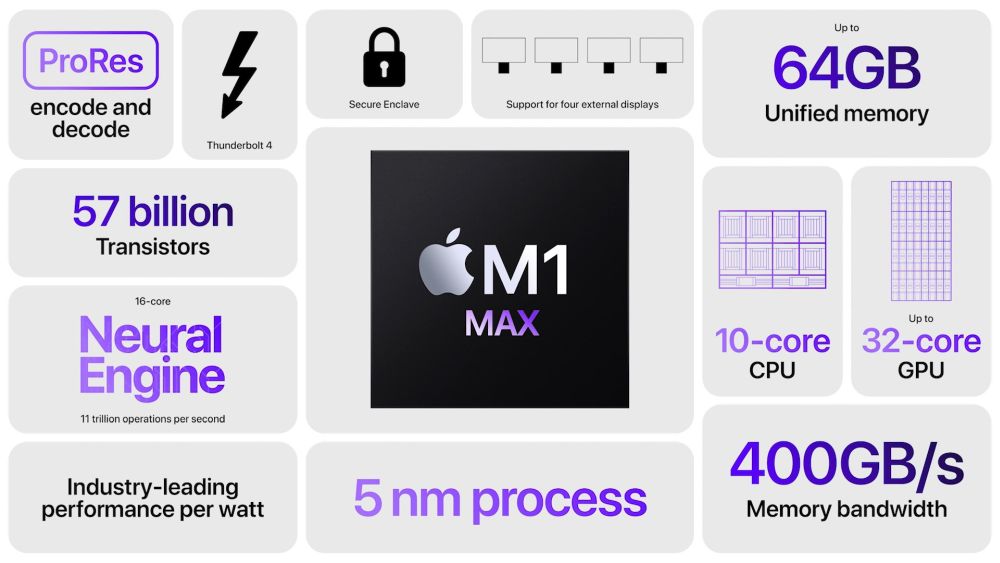 Alongside the two new SoCs, Apple has introduced the new MacBook Pro 2021 models, coming in 16-inch and 14-inch sizes, and packing these two M1 Max and M1 Pro SoCs, respectively.

The new Apple MacBook Pro devices are slightly more curved design, the new keyboard design, and said goodbye to the Touch Bar, going back to a standard row of function keys.

You can check out Apple's new MacBook Pro lineup over at Apple's own site, starting at $1,999 for the 14-inch and $2,499 for the 16-inch one. Already available for pre-order, both models will be available as of October 26.

Last modified on 19 October 2021
Rate this item
(0 votes)
Tagged under
More in this category: « Apple fires another woman who alleged harassment Apple has cut-down versions of its M1 Pro and M1 Max SoCs »
back to top