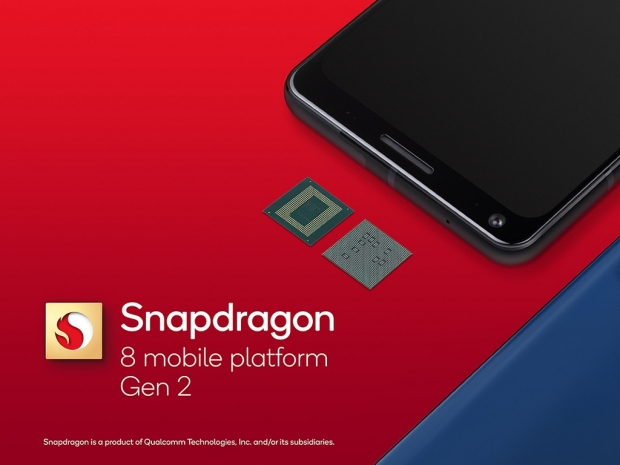 During its annual Snapdragon Summit 2022, Qualcomm has unveiled its latest flagship mobile platform, the Snapdragon 8 Gen 2, bringing performance and efficiency improvements all across the board.

Interestingly, Samsung is not on the list even though there have been rumors and information that the Galaxy S23 series will be exclusively powered by Qualcomm's latest Snapdragon 8 Gen 2 chipset.

"We are passionate about enabling people to do more, so we design Snapdragon with the user at the center. Snapdragon 8 Gen 2, will revolutionize the landscape of flagship smartphones in 2023,” said Chris Patrick, senior vice president and general manager of mobile handsets, Qualcomm Technologies, Inc. “Snapdragon 8 Gen 2 delivers groundbreaking AI, unparalleled connectivity, and champion-level gameplay, enabling consumers to enhance every experience on their most trusted device.” 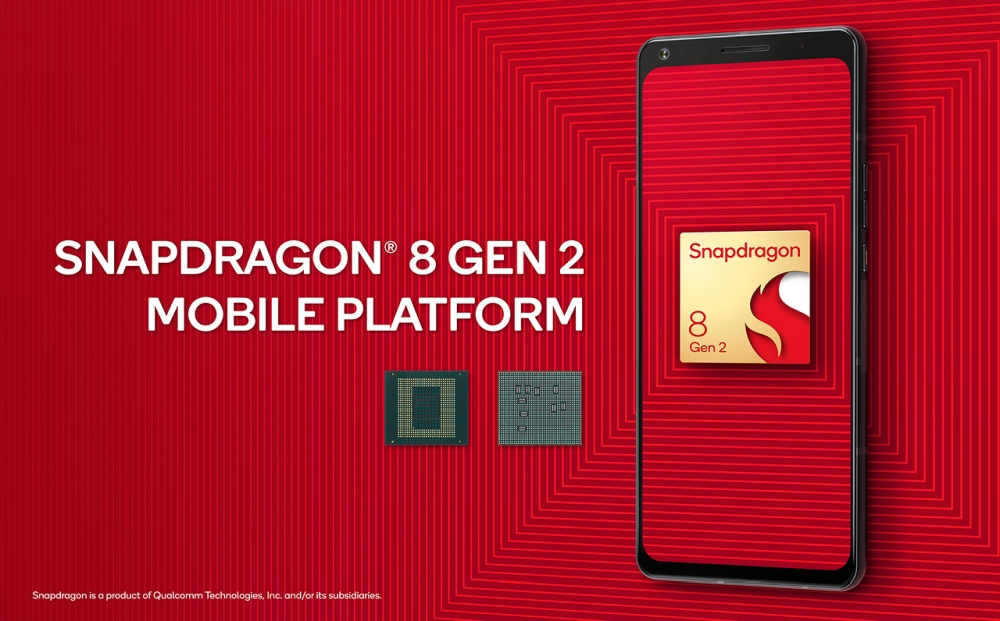 The new Adreno GPU was heavily improved, promising up 25 percent higher performance as well as up to 45 percent better power efficiency, which is an impressive boost. The Adreno GPU will also be the first to support Vulkan 1.3 and OpenGL ES 3.2, as well as bring hardware-accelerated ray tracing, so hopefully, we'll see some impressive graphics on mobile gaming soon.

In addition to improved CPU and GPU, Qualcomm is also improving AI, imaging, and connectivity parts of the SoC, so the new Hexagon Processor promises up to 4.35x faster AI performance, with dual-AI processors for Qualcomm Sensing Hub, support for INT4 precision for 60% better performance/watt, and support for Micro Tile Inferencing.

Connectivity is based on Snapdragon X70 5G Modem-RF system with support for 5G mmWave and sub-6 GHz, standalone (SA) and non-standalone (NSA) modes, standalone mmWave and mmWave-sub6 dual connectivity, FDD, TDD. It has several Qualcomm-exclusive features like 5G AI Suite, AI-Enhanced Signal Boost, 5G PowerSave Gen 3, and more. It peaks at up to 10Gbps downlink and up to 3.5Gbps uplink speeds. 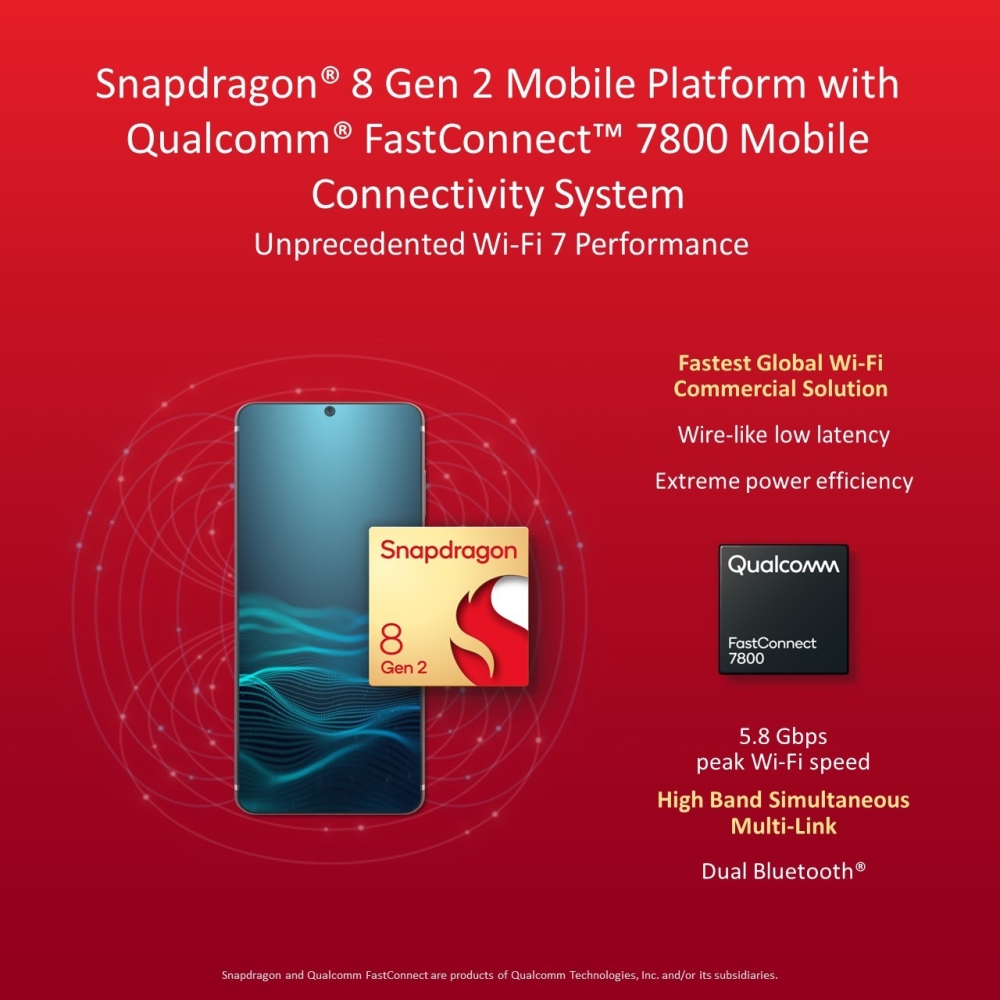 As noted, Qualcomm was keen to note that all major smartphone makers are on board, including Asus, Honor, iQOO, Motorola, nubia, OnePlus, Oppo, Red Magic, Sharp, Sony, vivo, Xiaomi, Meizu, and ZTE, and first smartphones are coming before the end of this year.

As we noted, Samsung was not on the list so it is possible that we'll see some special deal between Qualcomm and Samsung for the Galaxy S23 series, possibly with a somewhat custom SoC. 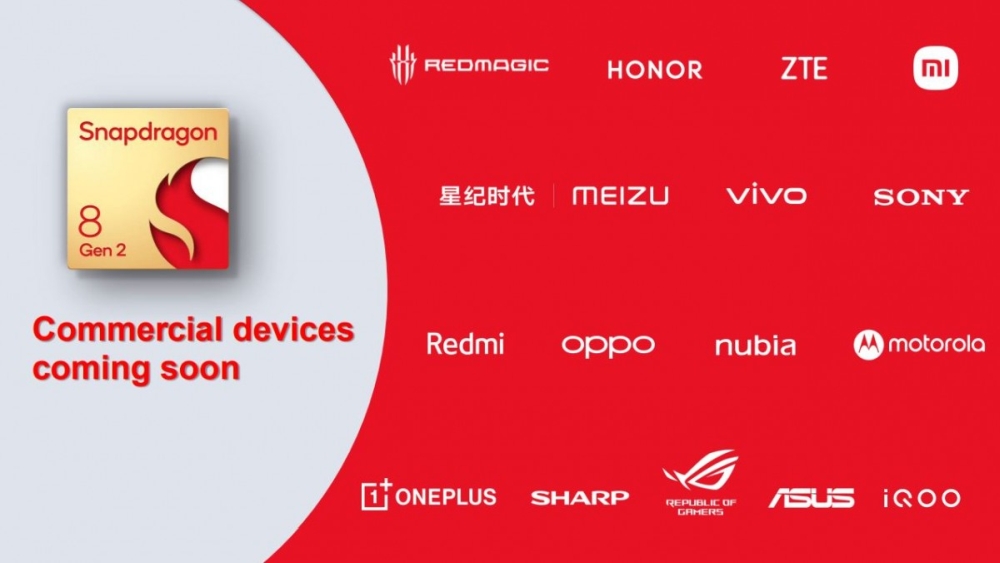