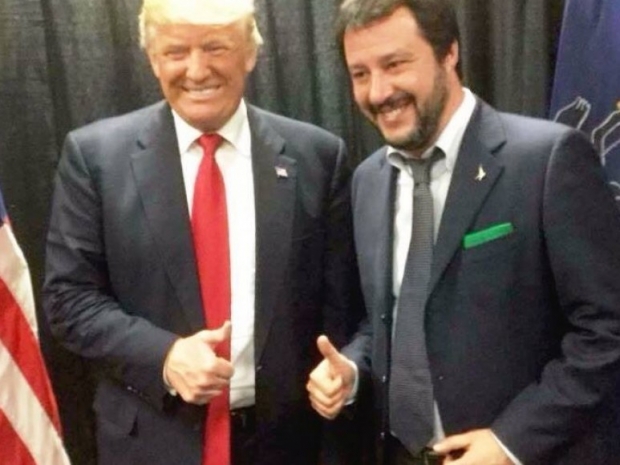 No evidence but we believe what Trump says

Right-wing populist lawmakers from Italy’s ruling coalition are pushing the government to ban China’s Huawei from supplying equipment for the country’s rollout of 5G mobile communications.

According to Il Messaggero newspaper , lawmakers from the Lega Nord party, which governs alongside the anti-establishment 5-Star Movement, plan to call in parliament for Rome to use its “golden powers” of industrial veto to block Huawei, already a supplier to major telecom operators in Italy.

The Lega Nord party whose leader, Matteo Salvini, is a big fan of Donald Trump, apparently believes what he says about Huawei even when the UK and Germany have worked out that there is no evidence that China is using Huawei equipment to spy on the West.

US Secretary of State Mike Pompeo upped the ante on the Huawei situation by warning that the United States would not be able to partner with or share information with countries that adopt Huawei systems.

He claims it is all about security concerns, but it is starting to look more part of Trump’s ongoing trade war with China.  Italy's communication desperately needs overhaulling but it needs to come up with fairly cheap solutions because most of the coms companies are broke. Huawei gear is considered some of the cheapest available.  Critics in the Italian press think that Salvini should be looking to make Italy great again rather than trying to prop up his American friends.

Last modified on 22 February 2019
Rate this item
(0 votes)
Tagged under
More in this category: « Britain and Germany dismiss US Huawei scare stories Intel unveils 5G plans »
back to top