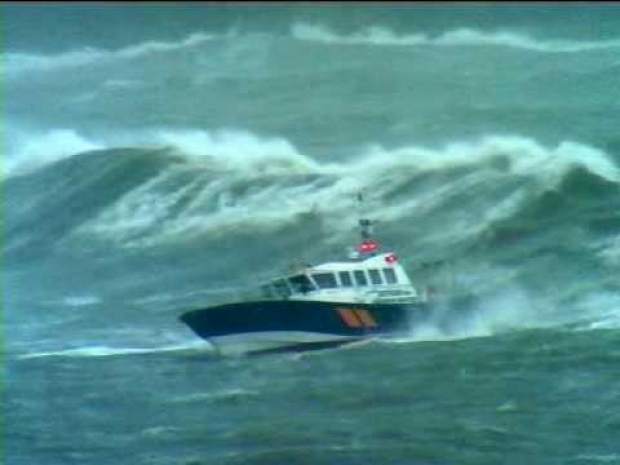 A U.S. Navy memo warns that 5G mobile networks are likely to interfere with weather satellites, and senators are urging the Federal Communications Commission to avoid issuing new spectrum licenses to wireless carriers until changes are made to prevent harms to weather forecasting.

According to Ars Technica, the FCC has already begun an auction of the 24GHz spectrum that would be used in 5G networks. But Senators Ron Wyden and Maria Cantwell wrote to FCC Chairman Ajit Pai, asking him to avoid issuing licenses to winning bidders. They want him to wait "until the FCC approves the passive band protection limits that the National Aeronautics and Space Administration (NASA) and the National Oceanic and Atmospheric Administration (NOAA) determine are necessary to protect critical satellite-based measurements of atmospheric water vapour needed to forecast the weather."

An internal Navy memo written on March 27 by U.S. Naval Observatory Superintendent Marc Eckardt quoted NOAA and NASA studies on interference from the 24GHz spectrum, which is intended for mobile use and is adjacent to spectrum used for weather operations.

"[A]s such, it is expected that interference will result in a partial-to-complete loss of remotely sensed water-vapour measurements," the Navy memo said.

"It is expected that impacts will be concentrated in urban areas of the United States first." The problem could affect Navy and Marine Corps forecasts of tropical cyclones as well as rain, ice, and snow, the memo said.

The Navy memo recommends asking the FCC to "tighten out-of-band interference by reducing bleed-over limits to -57dB." The notice also says the Navy should "work with NOAA and NASA to continually assess and quantify actual impacts" and develop mitigations including "limited use of other channels, the substitution of lesser-fidelity parameters, and the development of new techniques and algorithms through new research and development."

Last modified on 15 May 2019
Rate this item
(0 votes)
Tagged under
More in this category: « UK gets July 5G launch date Vodafone to merge Italian telco masts with Telecom Italia »
back to top