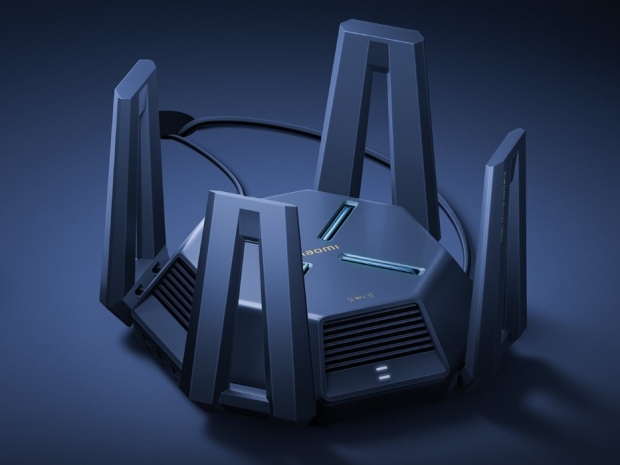 Designed to work with new flagships

Xiaomi has made a new connectivity device official which it says have been designed to work alongside the 13 series of flagship Android smartphones.

The OEM hints that it might be the perfect home network upgrade to go with one of the new flagships, as it supports NFC for easy set-up and pairing with compatible devices.

The user needs to fit their handset between two of the new 10 Gigabit Router's four 'spikes', which house 12 individual antennae for enhanced gain and "whole-house" range.

Xiaomi says that there is an unnamed "enterprise-grade" Qualcomm chipset under the bonnet which has four ARM Cortex-A73 cores and 2GB of RAM.

Accordingly, Xiaomi claims its new router is ready to split a fibre-optic cable's input between 4 2.5GB ports for an up to "dual LAN and dual WAN" network. It can do so with a choice between a 10Gb RJ-45 or a 10Gb SFP+ port.

The new 10 Gigabit Router can now be pre-ordered from Xiaomi for US$258.

Last modified on 12 December 2022
Rate this item
(2 votes)
Tagged under
More in this category: « Irish change law to hit Chinese vendors Intel’s I226-V 2.5GbE Ethernet controller might have a design flaw »
back to top