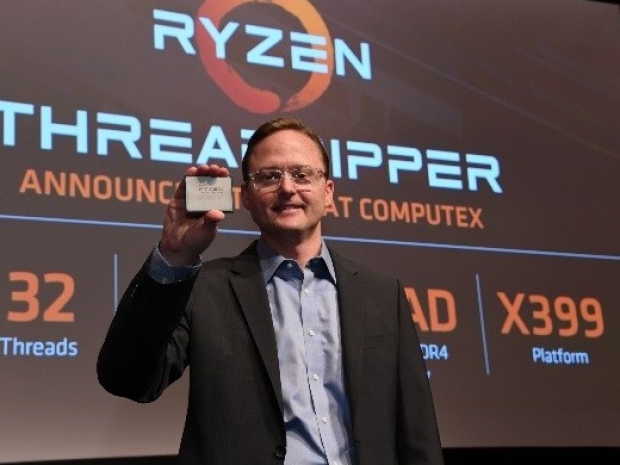 But not before the summer

Jim Anderson, senior vice president at AMD, has hinted that a second-generation Ryzen CPUs with a Ryzen 7 2800X, is in the works and indicated that AMD has held off on releasing the more powerful part to wait and see what Intel does first.

Anderson suggested that the performance boosts provided by the current range of second-generation Ryzen CPUs, which only became available last week, more than covered the market.

The Ryzen 7 2700X released last week, is better than the benchmark Intel Core i7-8700K in multi-threaded work. The thought is that AMD is holding it back to see how Intel responds to the challenge posed by the second-generation Ryzen CPUs released so far.

Of course, the Intel fanboys in the tech press insist that the delays are because AMD is having some production issues with Ryzen 2 or is too scared to take on the mighty Intel in that space.  If it creates a chip which Intel tops, it gets left with an expensive pile of kit it cannot flog.  Another theory is that it is keeping back cores capable of clocking higher that it can release to counter Intel in the high-end desktop space.

Before the end of June, AMD is scheduled to release Ryzen Pro mobile APUs and, in the second half of the year, it should also release its second-generation Threadripper CPUs and second-gen Ryzen Pro parts.

Last modified on 23 April 2018
Rate this item
(0 votes)
Tagged under
More in this category: « Eight inch wafer fabs flat out Samsung is the world's number one chipmaker »
back to top