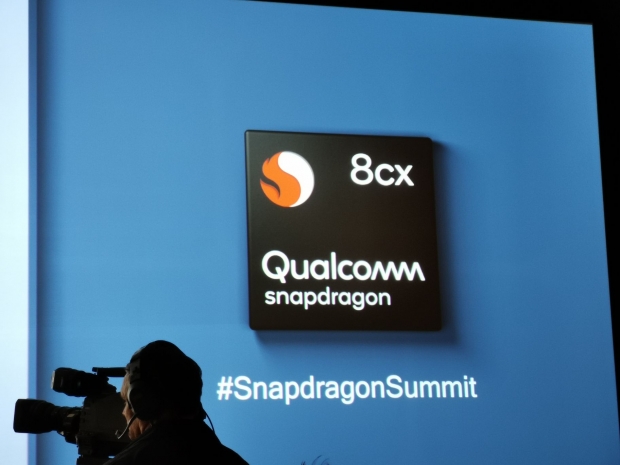 Qualcomm's Sanjey Mehta, SVP and General manager of compute products, and Miguel Nunes, senior director of compute products, introduced and showed off a few features of the Snapdragon 8cx, a SoC that many called Snapdragon 1000 or 8150/8180. This is a SoC built from the ground up with a bigger Adreno 680 GPU, still fanless and with a lot of new tricks.

Miguel detailed that there is an eight-core Kryo 495 CPU inside.  manufactured on a 7nm technology and a  larger system cache, including L3 cache. There is a total of 10 MB cache available. 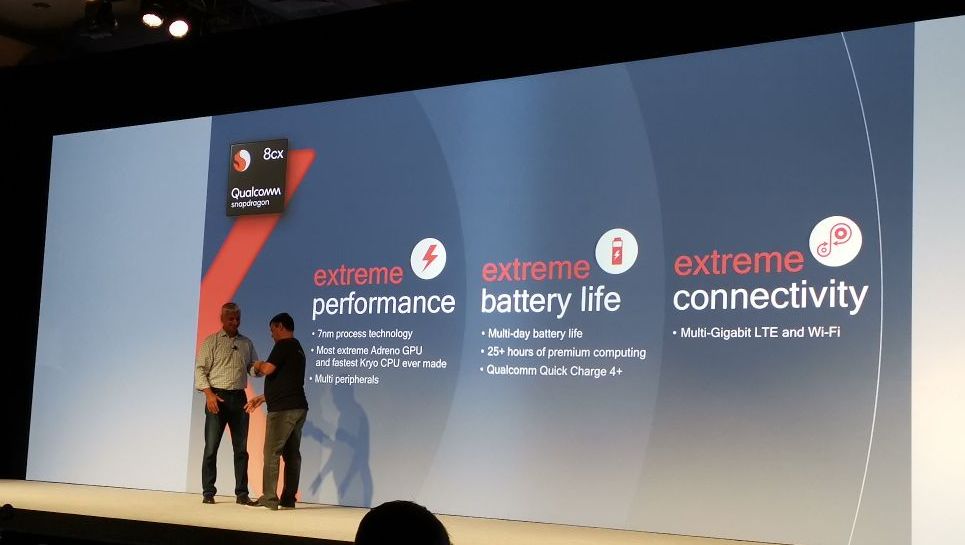 The new Adreno 680  is twice as fast than the napdragon 850, Snapdragon X24 2Gbps modem as features some new tricks including USB 3.1 Gen 2, PCIe, Alexa, and Cortana support, as well as the Qualcomm Aqstic and the Aptex HD for better wireless audio and dual 4K external monitors. 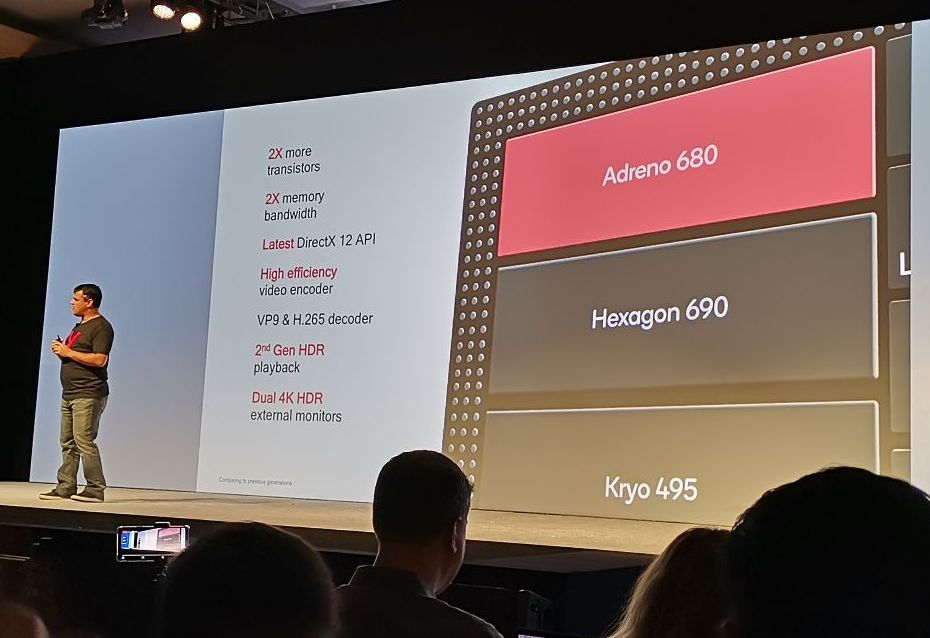 The new platform supports NVMO and UFS 3.0 storage, LPDDR4X  and it targets 7W TDP with fanless designs. Miguel pointed out that Qualcomm wants to stay fanless, unlike its 15W TDP competitor.

This is the biggest leap in performance for Qualcomm and it happened 18 months since Snapdragon on Windows was announced. The 8cx will be a premium tier while Snapdragon 850 will co-exists in the market at a lower price point. 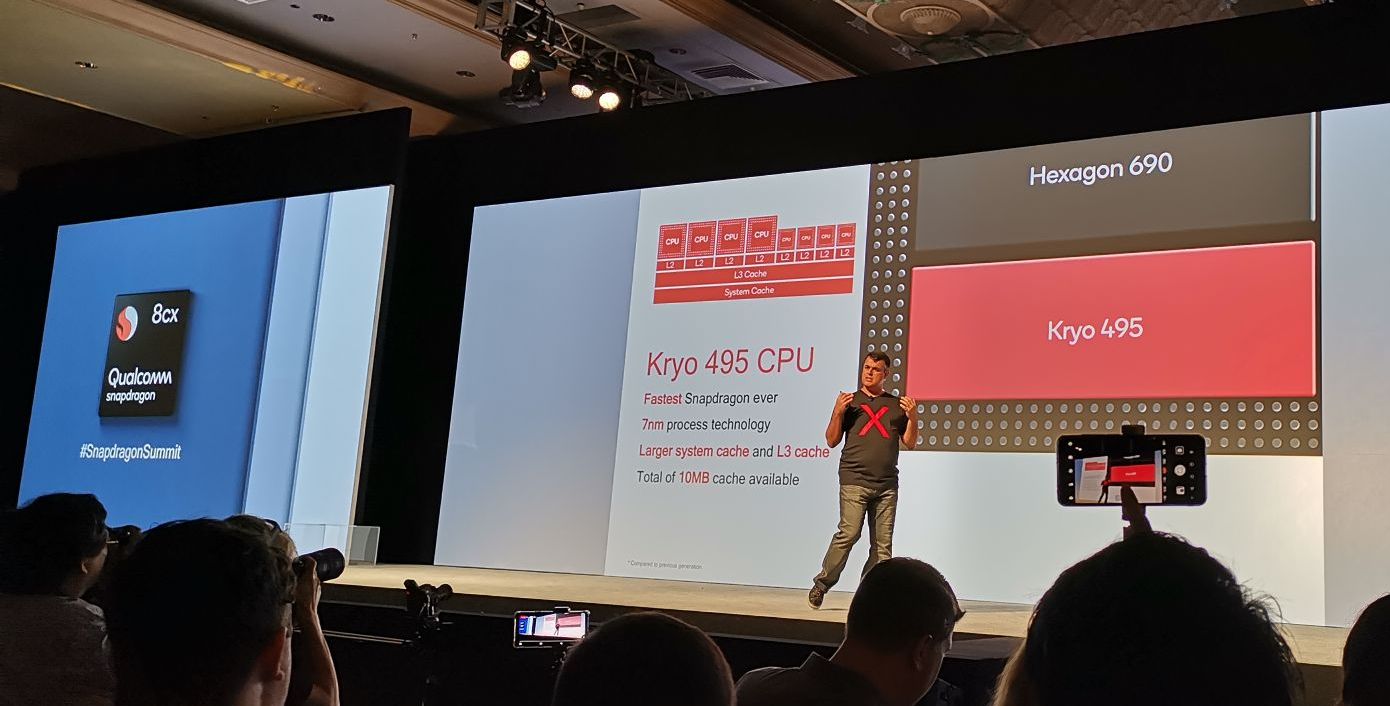 The new SoC is using two times more transistors than the previous solution, comes with 2X memory bandwidth, supports the atest DX12 API, comes with a high-efficiency video encoder, VP9, and H.265 decoder as well as the 2nd generation HDR playback. Dual 4K monitors are a nice feature especially considering that this is and will stay fanless.

Microsoft also confirmed that there will be Windows 10 enterprise support for this platform.

Last modified on 06 December 2018
Rate this item
(0 votes)
Tagged under
More in this category: « Apple sued for not supplying dust filters Intel might have 7nm quicker than expected »
back to top