Foxconn will go ahead with a downsized US LED plant 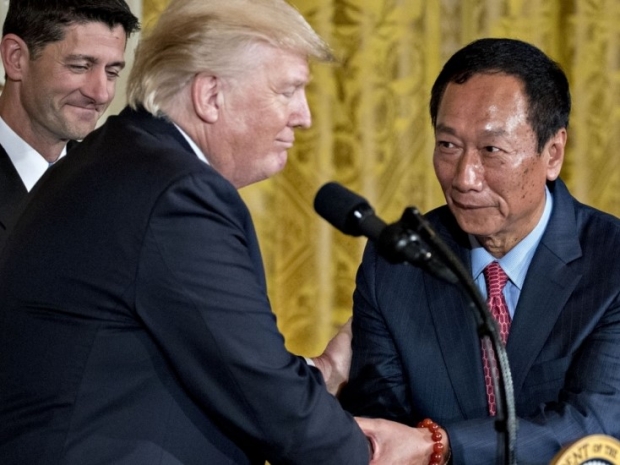 After having a word with Donald Trump

Foxconn Technology Group will go ahead with plans to build a heavily government-subsidised plant in Wisconsin to make LCD after its chairman spoke with President Donald (Prince of Orange) Trump.

Last year, Foxconn said it would reduce the scale of the factory from what is known as a "Gen 10" factory to "Gen 6". But this week, Foxconn executive Louis Woo seemed to move away from a factory altogether, saying the company couldn't compete in the TV screen market and would not be making LCD panels in Wisconsin.

Now Foxconn said that after discussions with the White House and a personal conversation between Trump and Foxconn chairman Terry Gou, it will proceed with the smaller manufacturing facility.

Trump tweeted that was “great news” that Foxconn was announcing a smaller project and said the project was only saved by his conversation with Terry Gou.

A Foxconn spokeswoman had no immediate comment about what its plans to build the "Gen 6" factory would mean for the makeup of the workforce.

Foxconn, the world's largest electronics company, said Friday the campus would house both an advanced manufacturing facility and a centre of "technology innovation for the region".

Local Wisconsin government and economic development officials where the Foxconn campus is located praised the news, saying construction of the "Gen 6" factory will coincide with construction of other related buildings over the next 18 months.

Wisconsin promised nearly $4 billion in state and local tax incentives to Foxconn if it invested $10 billion and created 13,000 jobs for the project, which Trump heralded last year as the "eighth wonder of the world".

The original deal was struck by then-Gov. Scott Walker and Trump. Wisconsin's current governor, Democrat Tony Evers, was a critic of the project during the campaign but has said this week he's working closely with Foxconn on the project.