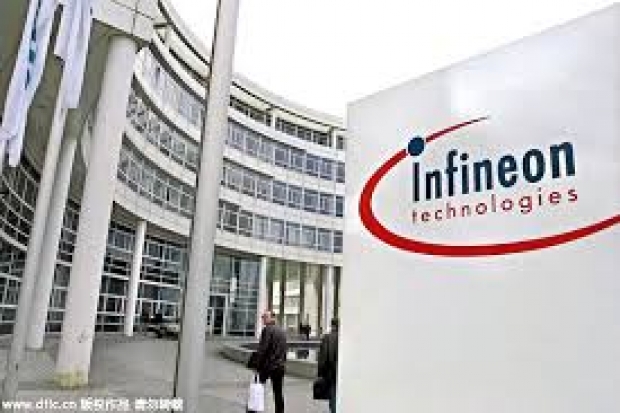 German chipmaker Infineon said that a slump in demand had led to an inventory pile-up that would only plateau this summer, keeping the pressure on profit margins.

Infineon makes high-performance power chips used in everything from cars to server farms and smartphones and has been hit by a China-led slowdown to lower its revenue guidance twice already this year.

CEO Reinhard Ploss stood by his view that sales would rise five percent to 8 billion euro in the year to 30 September as Infineon reported flat sequential sales in the second quarter and said margins had held up better than expected.

Ploss said he expected inventories to peak in the summer. “But at the end of the year, we still assume a high level of inventories compared to our target inventory level”, he told analysts in a conference call.

Automotive accounts for more than two-fifths of Infineon’s top line and here, weakness in China - the world’s largest car market - continued through the three months to March even if the pace of its contraction slowed.

Infineon is basing its forecasts for fiscal 2019 on an expected low- to mid- single digit percentage decline in unit car production.

Semiconductor companies have scaled back their expectations of a rebound in demand, leaving market valuations looking stretched after a steep rally in technology stocks this year.

Infineon said it had won Germany’s Continental as the first customer for a more powerful, 48-volt automotive power system, known as MOSFETs, that will enter production in 2021.

In the near term, pressure on margins will persist as Infineon slows production to work off gross inventories that rose to 2 billion euros in the quarter to March, Ploss said.

Infineon did meet the forecast it gave for second-quarter revenue on March 27 - four days before the end of the period - of flat revenue while the segment result margin of 16.7 percent was slightly better than it had flagged.

It forecast on Tuesday that third-quarter revenues would grow by a percent, sequentially, but segment margin - management’s preferred measure of operating profitability - would compress further to 15 percent.

Last modified on 07 May 2019
Rate this item
(0 votes)
Tagged under
More in this category: « HDD shipments to drop in 2019 ASRock confirms limited next-gen Ryzen support for A320 chipset »
back to top