Intel does better than expected 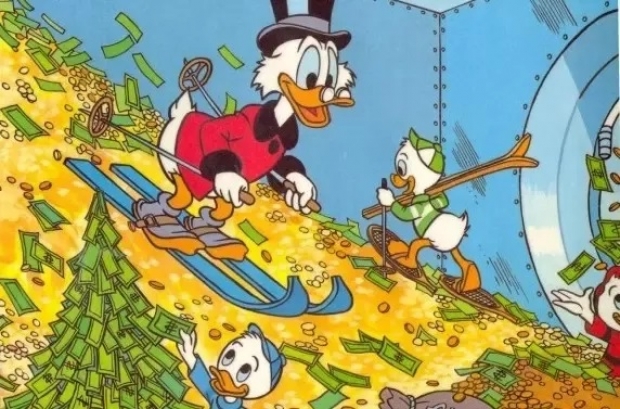 Predicts shedloads of cash due to data centres

Intel beat the cocaine nose jobs of Wall Street’s predictions for third-quarter revenue and profit and raised its full-year revenue forecast, powered by sales to data centres and easing concerns about slowing demand during the US-China trade war.

After years of acquisitions outside its core area of processing chips under previous leaders, Chipzilla under Chief Executive Bob Swan has reined in spending, slowing investments in areas like memory chips and shedding struggling businesses.

Chipzilla has focused on core markets such as personal computers and data centres, both of which beat analysts’ third-quarter expectations.

Chief Financial Officer George Davis said Intel anticipated most of the year’s data centre spending would come in the second half because many customers bought chips in 2018 and took time to install them.

“Data centre came back much more strongly than even we anticipated this quarter”, Davis said in an interview. “Cloud customers grew year over year, and last year was an extraordinary year.”

Intel has also been contending with a US-China trade war that led to tariffs on its chips. About $200 million of Intel’s third-quarter revenue came from Chinese data centre owners buying chips sooner than they otherwise would have, likely out of trade concerns, Davis said.

Swan promised Intel was “well down the engineering path” for even more advanced 5-nanometer chips.

Revenue in Intel’s client computing business, which caters to PC makers and is the most significant contributor to sales, fell five percent to $9.7 billion, but still, beat estimates of $9.60 billion.

Davis said revenue could have been higher, but Chipzilla was unable to make enough chips for entry-level PCs.

“Demand has just outstripped our ability to add capacity”, Davis said:“In some ways, it’s a good problem to have, but anytime you can’t satisfy your customers, that’s not a good outcome.”

Asked by an analyst on a conference call whether Intel would consider turning to an outside foundry to make central processing units, or CPUs, to alleviate shortages, Swan noted that Intel had used outside suppliers in the past and would evaluate the option.

Revenue from its higher-margin data centre business rose four percent to $6.4 billion in the quarter, while analysts were expecting revenue of $5.62 billion.

For the full year, the company expects revenue of $71 billion, up from its earlier forecast of $69.5 billion. That came in above analysts’ estimate of $69.43 billion.