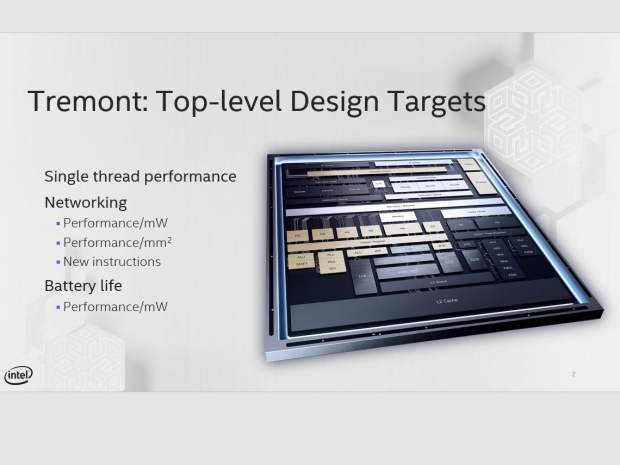 Intel has shared a few more details about the Intel Tremont low power Microarchitecture at the Linley Fall Processor Conference in Santa Clara and we had the chance to chat with Stephen Robinson, Senior Principal Engineer and Intel Tremont Chief Architect.

Many might recognize the Tremont name as Intel mentioned it several times, the first time in December of last year. Tremont are small cores packed with 3D packaging method called Foveros in Lakefield processors. Robinson did highlight that Lakefield found its way to very innovative Surface Neo products.

“Tremont is Intel’s most advanced low-power x86 architecture to date. We focused on a range of modern, complex workloads, while considering networking, client, browser and battery so that we could raise performance efficiently across the board. It is a world-class CPU architecture designed for enhanced processing power in compact, low-power packages.”

Once we saw the top-level design and the changes in the pipeline, it became clear that this is a big change compared to a previous low power architecture called Goldmont Plus released in December 2017. Goldmont Plus is the core inside of the Gemini Lake SoC.

The front-end Fetch and Predict comes with a long history, and it is 32 byte-based. The L1 predictor comes with  (no penalty) and Large L2 predictor.

Since this is an out of order core, the fetch takes care of 32KB instruction cache, 32 bytes per cycle, and supports up to eight outstanding misses. 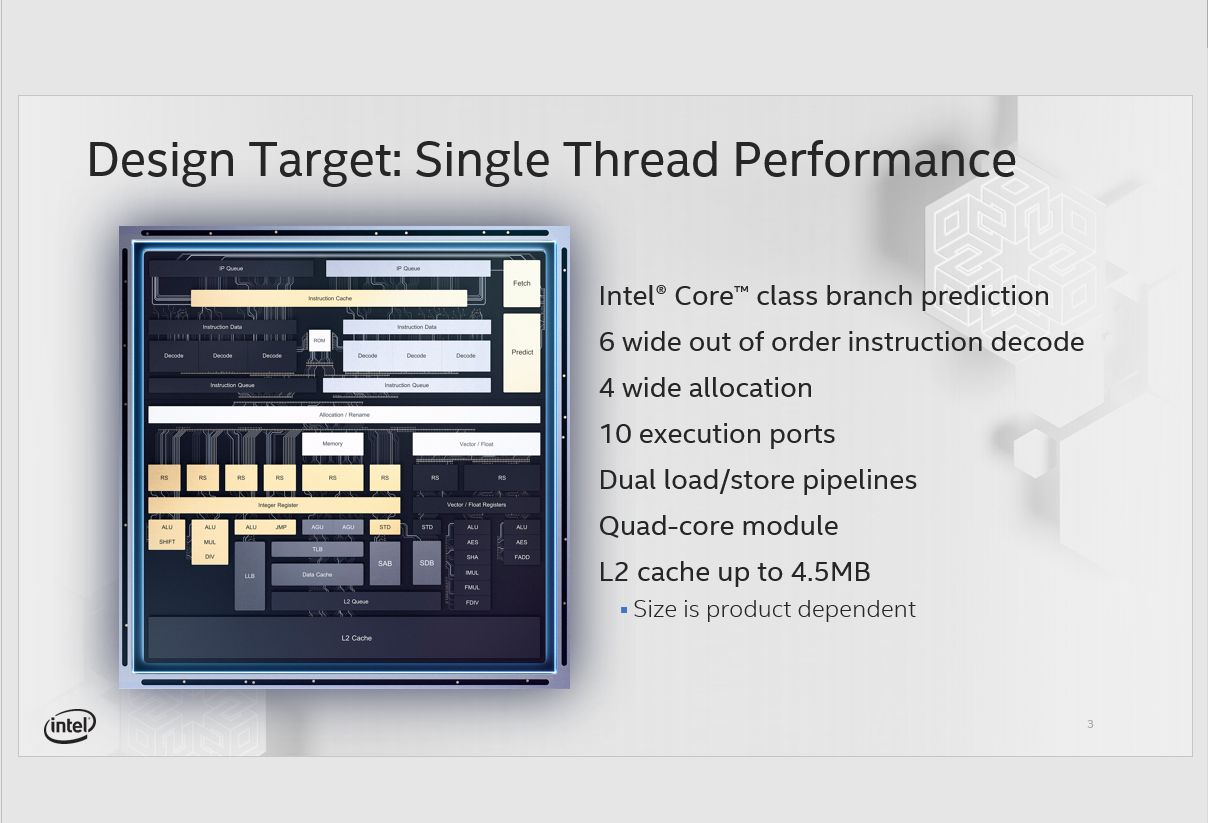 The front end Decode supports a 6-wide X86 instruction decode. It takes care of dual 3-wide clusters out of order. The wide decode without the area of a uop cache and optional single cluster mode based on product targets.

Integer supports large entry out of order window (>200). The exact number is 208. There are six Parallel reservation stations and seven wide execution (3 ALU, 2 AGU, one jump, and one store data).

There are two load and store pipelines in the memory subsystem. The microarchitecture supports 32KB data cache with three cycle load to use and 1024 entry second-level TLB that is shared between code and data.

The L2 is shared among one to four cores, and it is configurable between 1.5MB to 4.5MB. The last level cache comes with inclusive and non-inclusive support. The memory subsystem supports Intel resource directory technology with L2 QoS, including code and data prioritization, LLC QoS, and Memory bandwidth enforcement.

It is important to mention that Sunny cove big cores, and Tremont small cores are plugging into same L2 cache. The L2 cache is designed to make the transitions from small to big cores smooth. The Lakefield is designed to offer reliable performance to consumers, cloud customers as well as embedded.

Let me spend more time on Intel speed shift, Robinson mentions that this is a feature from Coffee and Kaby Lake. The feature will help hardware change the CPU clocks faster than the Operating system. The feature is designed to wake the system up from sleep faster. Ice Lake probably supports this, too, but Robinson didn’t have an answer for us, as he was focused on the Tremont design.

The silicon is out, and the microarchitecture will be used in different markets. Since Tremont supports some network-specific instructions there is a possibility to see it deployed in data center and 5G suitable workloads. Since this was not an SoC announcement Robinson didn’t want to comment if there will be a successor of Gemini Lake coming with these 10nm cores, but our friends at Wikichip have listed Tremont microarchitecture as a part of Skyhawk Lake in 2020.

Chief architect mentioned that Intel had waited to release small, big core architecture until it managed to get the right single and multi-threaded performance form the small cores. There is a foveros component of being able to package small and big cores on a small area, but this is something that exceeds the microarchitecture talks.

Microsoft might be the first announcing support for Tremont and Lakefield, but there will be more for sure. From where we stand, the Tremont looks very promising.

Last modified on 25 October 2019
Rate this item
(3 votes)
Tagged under
More in this category: « AMD's EU PC market share is Ryzen Intel does better than expected »
back to top