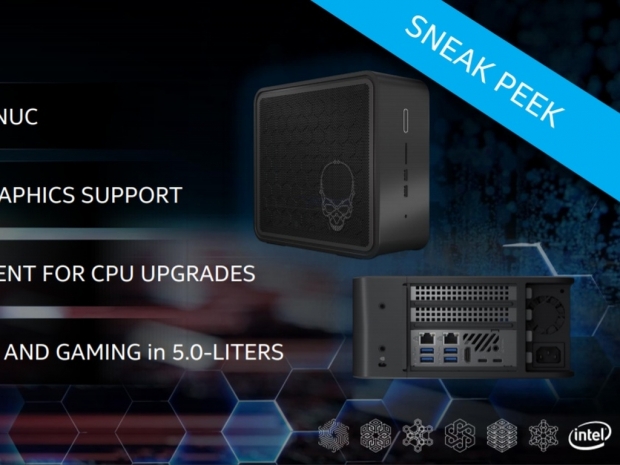 Razer jumps on that bandwagon with Tomahawk

Among other things, Intel also brought the next-generation Ghost Canyon NUC to CES 2020 show floor, which revealed a bit more specifications on the current platform and the modular motherboard that will be available to OEM partners, and, surprisingly, Razer is already onboard as the first partner with Tomahawk gaming desktop and chassis.

Intel has been pushing its Next-Generation of Computing (NUC) systems for quite some time, or since 2013 to be precise when the first DCCP847DYE Sandy Bridge NUC Kit was launched with Celeron 847 CPU. The new Ghost Canyon certainly takes it to a whole new level, especially on the modularity side.

The Ghost Canyon NUC already leaked briefly back in October last year, and, even back then, it was clear it would be based on the 9th generation H-series CPU, and bring support for DDR4 memory in dual-channel, two PCIe x4 M.2 slots, Thunderbolt 3, WiFi 6 and more.

When it comes to Intel's own reference Ghost Canyon NUC, it supports up to 225W graphics card which is less than 8-inches long and has a standard dual-slot cooler.

As pictured by Engadget on the CES 2020 show floor, it is a sleek black box, which will pack more punch than any other NUC so far. 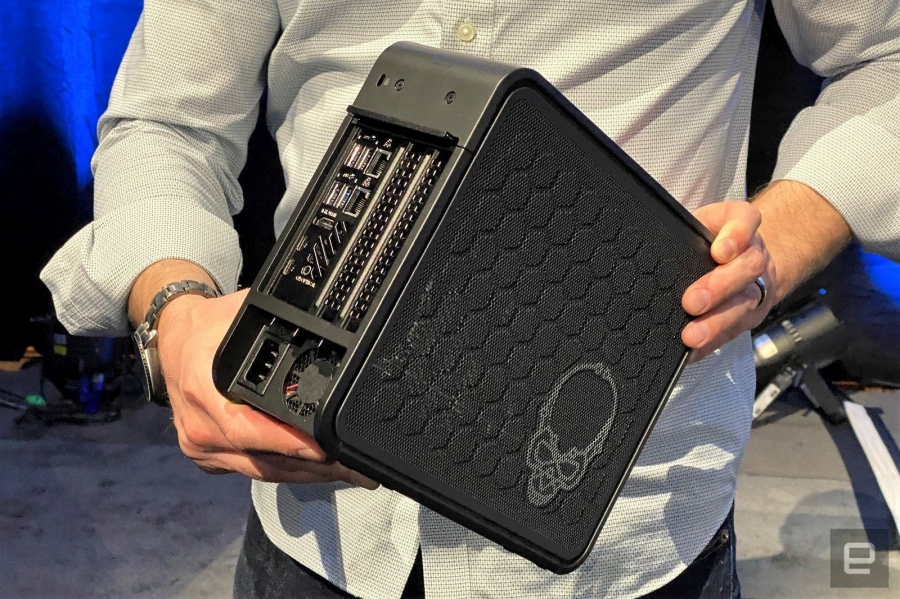 What makes the new Ghost Canyon NUC special is that Intel is giving its OEM partners a way to design their own mini gaming systems. The motherboard is pretty much a reference design, but partners will be able to use bigger cases and even possibly support high-end graphics cards.

Razer is one of the first partners to jump on this Ghost Canyon NUC train with its Tomahawk gaming desktop and chassis. Razer is simply offering a barebone system with Tomahawk N1 chassis with SFX PSU, and Intel's NUC 9 Extreme Compute Element, which is basically a motherboard that can be equipped with "up to" 9th gen Core i9-9980HK 8-core CPU. 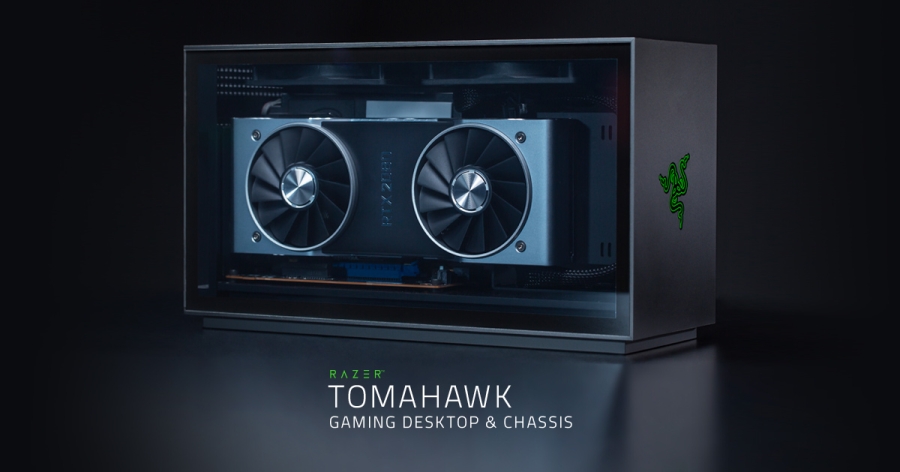 Razer will apparently sell the Tomahawk N1 chassis with SFX PSU as a standalone product.

In any case, Intel's Ghost Canyon NUC looks like an interesting SFF system and we are looking forward to seeing some other custom solutions from other OEMs.

Last modified on 08 January 2020
Rate this item
(0 votes)
Tagged under
More in this category: « AMD announces 3rd gen Ryzen 4000 mobile processors Thunderbolt 4 will arrive this year »
back to top