AMD future Zen 3 to be supported on AM4 socket 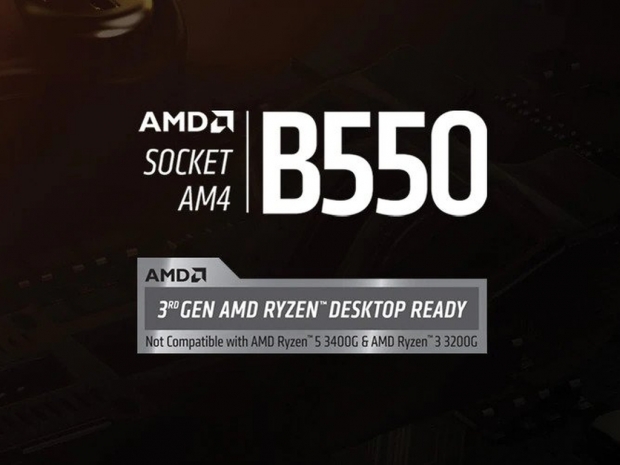 On X570 and B550 motherboard with BIOS update

AMD's Robert Hallock has given a quick insight into the future of AMD's Socket AM4, as well as some history on how far has it come since AMD made that bold commitment back in 2016.

Back in 2016, AMD made a commitment or rather a promise to continue support for AM4 socket until 2020, and it has gone quite a way. According to AMD, the company has increased the core and thread count on the same socket by 4x and 8x, respectively (4C4t to 16C32t). The socket has gone through four architectures, Excavator, Zen, Zen+, and Zen 2, across four different manufacturing processes, 28nm, 14nm, 12nm, and 7nm. It has also brought 33 percent higher DRAM bandwidth, from DDR4-2400 to DDR4-3200+, and four times higher PCIe bandwidth, from 12x PCIe Gen3 to 24x PCIe Gen 4.

AMD will support Zen 3 with AM4 socket, but only on B550 and X570 motherboards 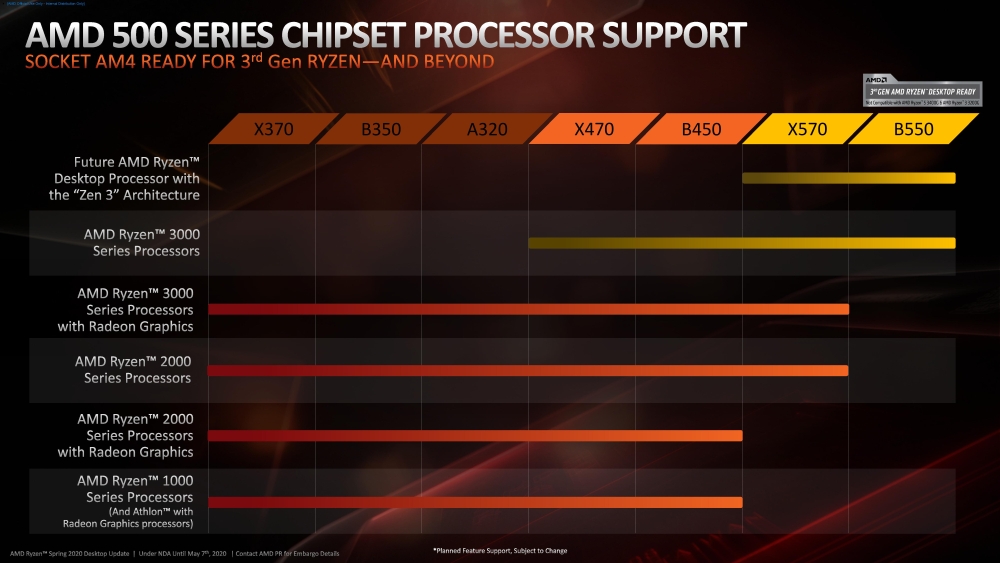 In the blog post, AMD' Robert Hallock, Technical Marketing lead for AMD consumer processors, also said that there are no details on how long will the same socket AM4 last from here, as it depends on the schedule of industry I/O technologies, which typically require adjustments to the pin count or layout of a processor package.

The AMD B550 chipset brings a lot to the table and takes some from the B450 and some from the high-end X570 chipset. It will have support for PCIe Gen 4 x16 on the CPU graphics side, and PCIe Gen 4 for CPU storage support, just like the X570 chipset. This means that the main PCIe x16 slot and one of the M.2 NVMe slots are PCIe Gen 4. It also supports dual graphics, if someone wants to use it.

There is also USB 3.2 Gen2 support, just like on the X570 chipset, with support for 4x SuperSpeed on 3rd gen Ryzen 3 CPUs. 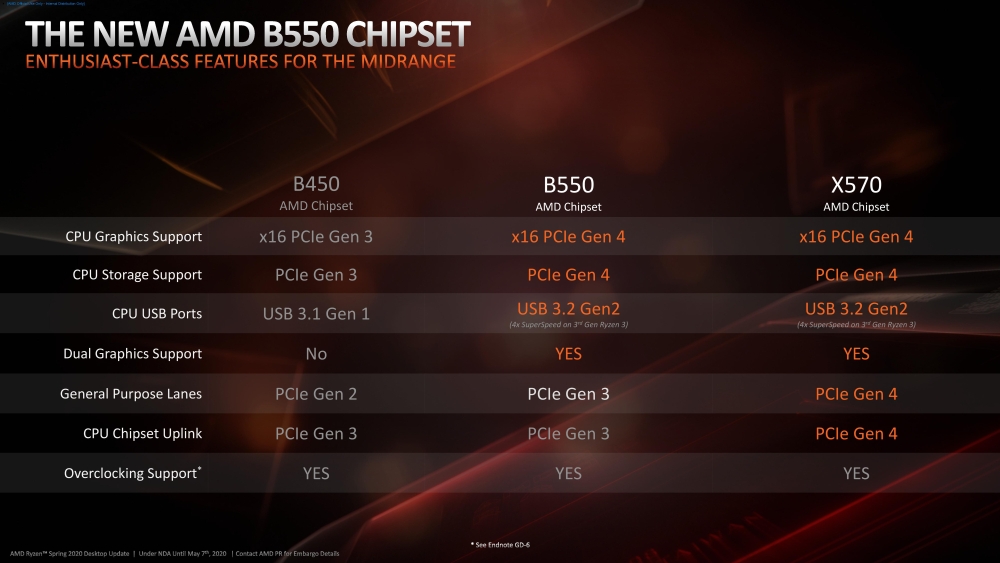 There are also four SATA 6Gbps ports, and one 4x PCIe Gen uplink to CPU.

According to AMD, there are over 60 motherboard designs in development from Asus, Asrock, Biostar, Gigabyte, MSI, and others, and AMD says motherboards are coming on June 16th, with pricing starting at $100. 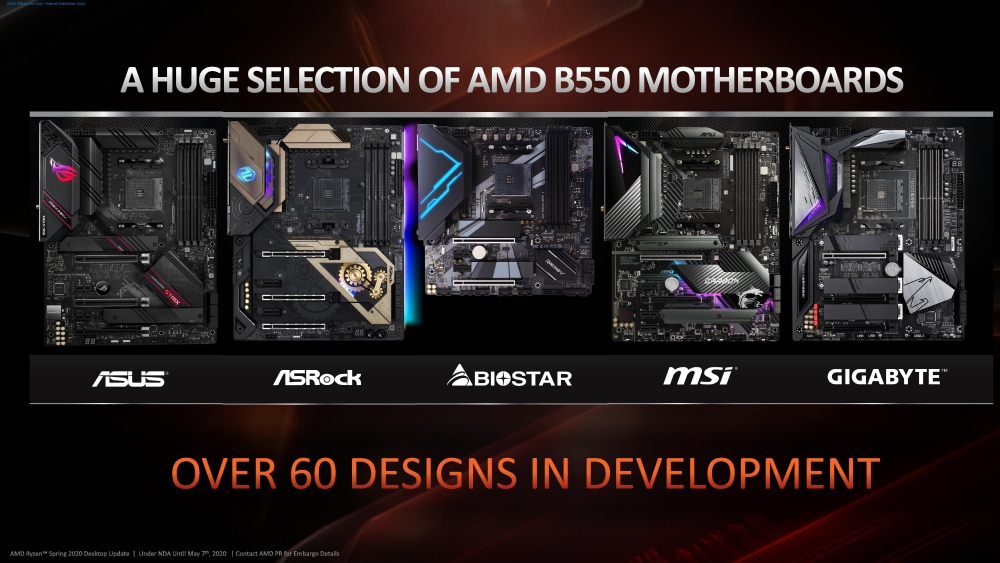