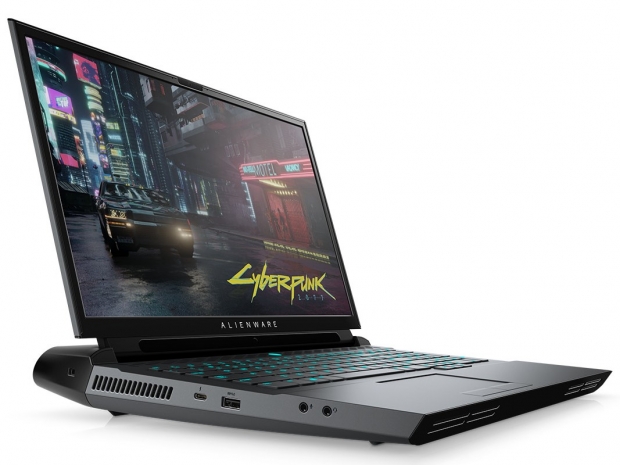 Alienware has announced the second generation of its flagship Area-51m gaming laptop, the Area-51m R2.

It's largely similar on the outside to the original Area-51m, but the specs are almost completely overhauled on the inside, with 10th Gen Intel processors, new Nvidia GPUs, faster RAM, and better display options.

The upgrades only apply to the R2 model and ironically show that the Area-51m has failed to live up to its potential as having future-proofed upgradable parts.

One of the biggest draws of the Area-51m was the option for user-replaceable parts. Most modern laptops have nearly all of their internal components sealed in place in an effort to cut down on size. But the Area-51m took a different approach. It was big, easy to disassemble, and made it simple to replace nearly every internal component, from RAM to the CPU to the GPU to even the thermal cooling components.

The idea was to make something more portable than any other desktop but more customisable than any laptop. Alienware's parent company, Dell, even built its own system for replaceable GPUs in laptops, called DGFF (Dell Graphics Form Factor) to make it easier to upgrade in the future.

To be fair to Alienware, back when it launched the Area-51m, the company never promised that it would offer new GPUs — only that customers would be able to upgrade within the selection of cards already on offer.

But now, with the launch of the Area-51m R2, there are new GPUs that use the DGFF format.

According to Dell, the “Area-51m R1 only supports GPU upgrades within its current generation of graphics cards”. In other words, you can upgrade to the already-available RTX 2070 and 2080 through upgrade kits but not the new RTX 2070 Super and 2080 Super options that are shipping with the Area-51m R2.

Alienware is starting to look like it is pricing itself out of the market . For the $3,049.99 starting price, you can buy a more capable desktop PC that actually offers the future-proofing at which the Area-51m falls short, or you can buy a lighter, cheaper, more portable gaming laptop with better battery life that has the same lack of upgradability as the Area-51m — such as Alienware’s own m17.

Last modified on 14 May 2020
Rate this item
(1 Vote)
Tagged under
More in this category: « Intel Announces 10th Gen Core vPros SD cards are going to get blistering fast »
back to top