SiFive shows there is life in RISC-V 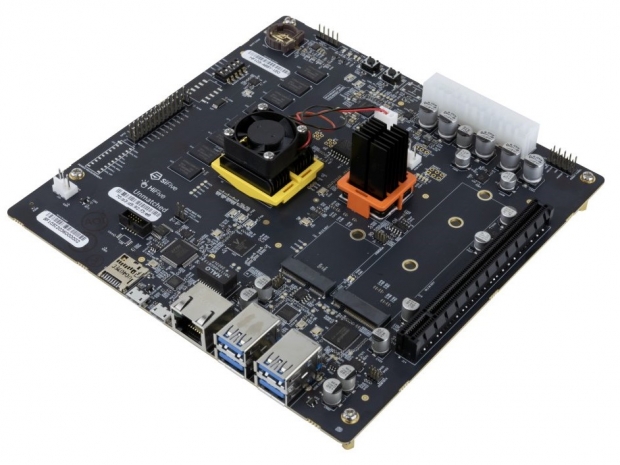 SiFive has unveiled a new computer featuring the company's SiFive FU740 processor based on RISC-V architecture.

According to Liliputing, the outfit, which has been making RISC-V chips for several years, is positioning its new SiFive HiFive Unmatched computer as a professional development board for those interested in working with RISC-V.

However what makes the new Unmatched model different is that is designed so that it can be easily integrated into a standard PC. SiFive says the system can support GNU/Linux distributions including Yocto, Debian, and Fedora.

SiFive is releasing the HiFive Unleashed in an effort to afford developers the ability to build RISC-V based systems, using readily available, off the shelf parts,SiFive says it built the board to address the market need for easily accessible RISC-V hardware to further advance development of new platforms, products, and software using the royalty-free ISA.

The SiFive HiFive Unmatched will be available in the fourth quarter of 2020 for $665.

A short video demo below shows the HiFive Unmatched installed in a common mid-tower PC chassis, running the included Linux distro, with an AMD Radeon graphics card pushing the pixels. In the video, the HiFive Unmatched is compiling an application and is shown browsing the web and opening a PDF. SiFive also notes that video playback is accelerated in hardware with the included version of Linux.

The startup has raised $190 million to date, and former Qualcomm executive Patrick Little recently joined SiFive as CEO. His task will be to establish the company's RISC-V processors as an alternative to ARM. This move comes in the wake of Nvidia's $40 billion acquisition of the world's leading processor architecture.

SiFive is currently focused on Linux-based PCs, not Microsoft Windows PCs. Secondly, SiFive wouldn't build these processors or computers on its own. Its customers — anyone brave enough to take on the PC giants — would have to do that.