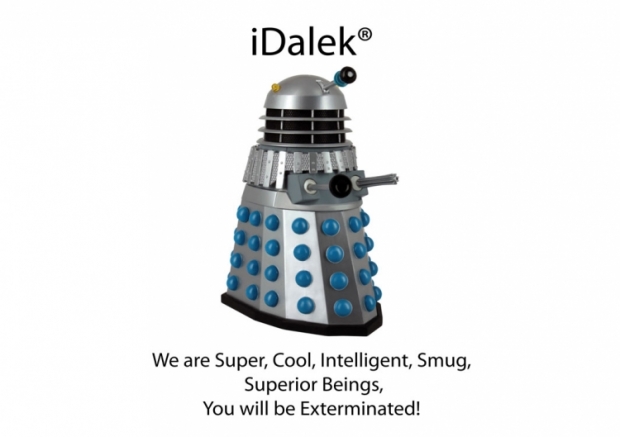 Motherboard got its paws on  leaked training videos Apple made for its authorised repair partners, showing how the company trains repair technicians confuse informed Apple fanboys who know that they are being ripped off.

For example, in one video the fanboy says he cracked the glass on his phone and was comparing costs and wanted to know how much to repair that part.  The punter apparently has seen a cheaper part down the road.

The Apple staffer is expected to show the over priced part to the customer and then claim that the cheaper part down the road is not “genuine”.

After this, the technician launches into an explanation of why it's best for people to replace broken iPhone parts with genuine Apple products.

"A genuine Apple part has to pass AppleCare engineering criteria", the video says, explaining that a screen from Apple will be tested as if it had just come off the factory floor. With a genuine Apple display, all the features you've come to rely on behave seamlessly...that's not the case with third party displays."

But the videos are all about attempting to prove to fanboys the reason why Apple is charging huge amounts of cash for essentially the same part which it has magically “blessed” to be different from other identical parts.

Six of the eight videos are dedicated to training repair techs on how to deal with customers worried about the huge costs of repairing an Apple device.

One three-minute video is dedicated to helping customers understand why a genuine Apple screen is often better than one from a third party.

Last modified on 22 September 2021
Rate this item
(0 votes)
Tagged under
More in this category: « TMSC claims it will be carbon neutral by 2050 EVGA X570 DARK motherboard now officially launched »
back to top