Apple works out more ways to mess up its Mac Pro 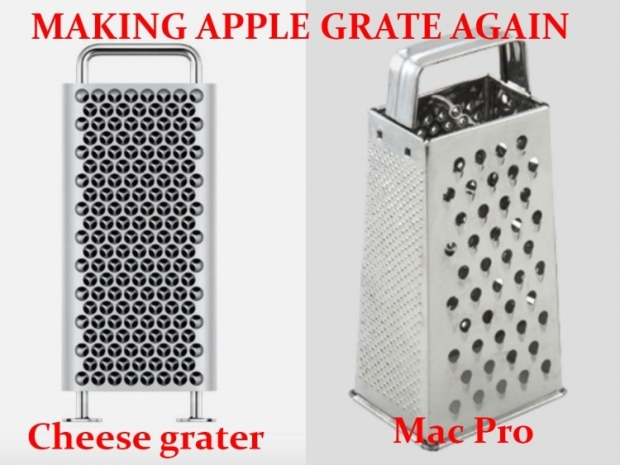 Why not solder in the RAM?

After Apple turned its Mac Pro into a giant $6000 cheese grater, we have been waiting to see how the fruity cargo cult could mess up its flagship product even further.

Now it seems that Apple has decided to “refresh” the Mac Pro with a nearly identical spec to its 2019 model. After all, computers have not changed in the last three years, and those who spend thousands on a Mac Pro will never notice.

Bloomberg said the new Mac Pro would be released with the M2 Ultra, a disappointing “evolution” of the M1 Ultra found in the Mac Studio.

But it seems that Apple did not think that producing a similar computer would be enough, and instead, it decided to solder in all the Ram to prevent users from upgrading the memory. There will be two SSD storage slots and room for “graphics, media and networking cards.”

The implication is that the graphics cards will be modular, so Apple will insist that users rely on its integrated graphics. Given that the Mac Pro is designed for the workstation and media publishing crowd, the thought of integrated graphics will probably fill its target market with dread.

The existing Mac Pros are based on Intel Xeon chips and work with AMD Radeon Pro graphics (the most recent are W6000X cards designed exclusively for Apple’s tower, bringing AMD’s RDNA 2 graphics in 2021).

Last modified on 10 January 2023
Rate this item
(4 votes)
Tagged under
More in this category: « Tame Apple Press furious after AMD shows Jobs' Mob who is boss AMD is having problems with AGESA 1.0.0.4 firmware »
back to top