HD 6970 BFBG2 Vietnam Special Edition comes in a Battlefield themed aluminum case, which can later be used to keep cables or connectors. Sapphire was never the company to skimp on gifts and the provided accessories now include a 1.7m HDMI cable, mini-DisplayPort-to-DisplayPort dongle dual molex-to-8pin and molex-to-6-pin dongles, CrossFireX bridge, DVI-to-VGA dongle and of course download voucher for Battlefield Bad Company 2 Vietnam. 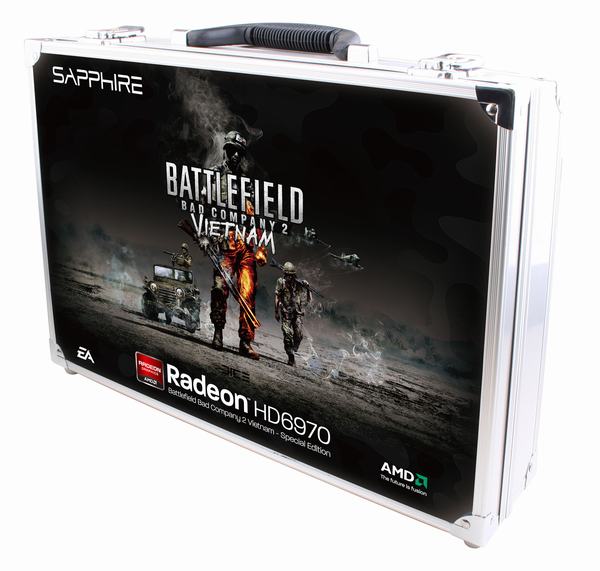 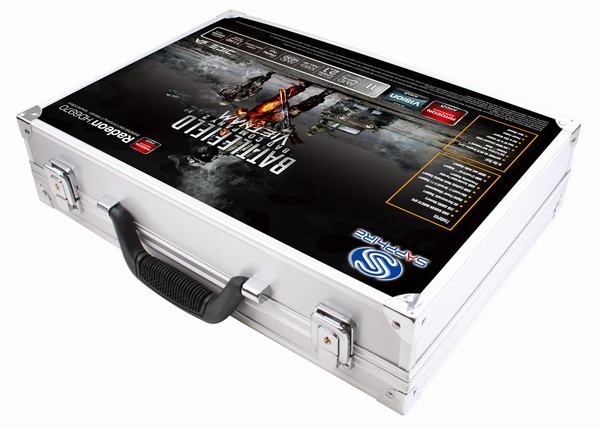 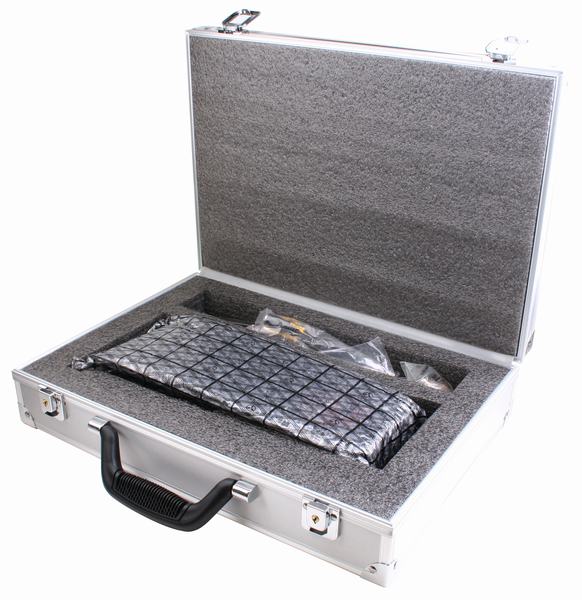 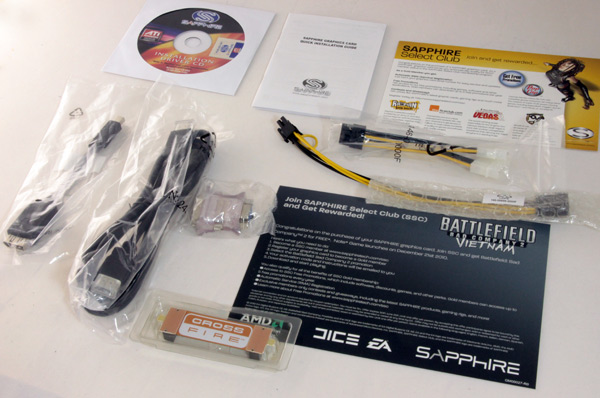 Sapphire HD 6970 Battlefield: Bad Company 2 Vietnam is no different from the reference HD 6970, except for the sticker. The card uses dual slot cooling and the card is 27.3cm long (10.75 inches). 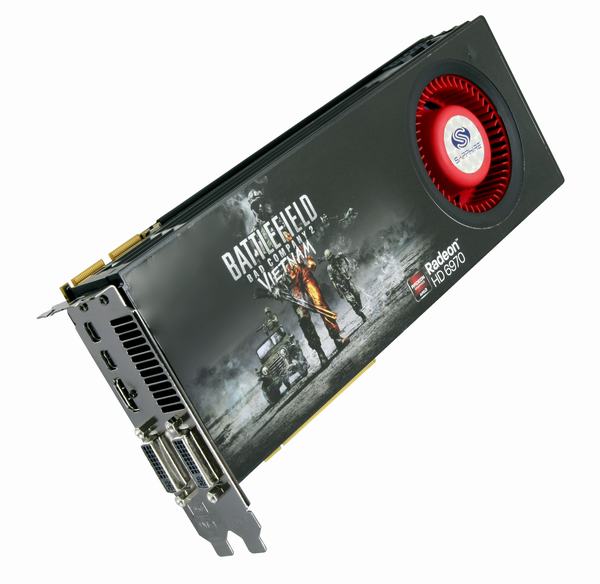 The cooler looks similar to the one used on HD 6800 cards. Unlike HD 6800 boards, HD 6900 series features a backplate, much like HD 5800/5900 series cards, which is probably used to keep PCB from flexing due to the large heatsink used under the shroud.

The I/O panel features two DisplayPort 1.2 connectors, HDMI 1.4a and two DVI connectors (one of them is single-link with a maximum resolution of 1920x1200). By using DisplayPort outputs it’s possible to chain up to six monitors to a single card. To do this you will need either a Multi Stream Transport hub or DisplayPort equipped monitors that support daisy chaining of the monitors together. As far as sound goes, HDMI 1.4a provides Dolby True HD, DTS-HD, AC-3, DTS and up to 7.1 channel audio with 192KHz/24bit output. 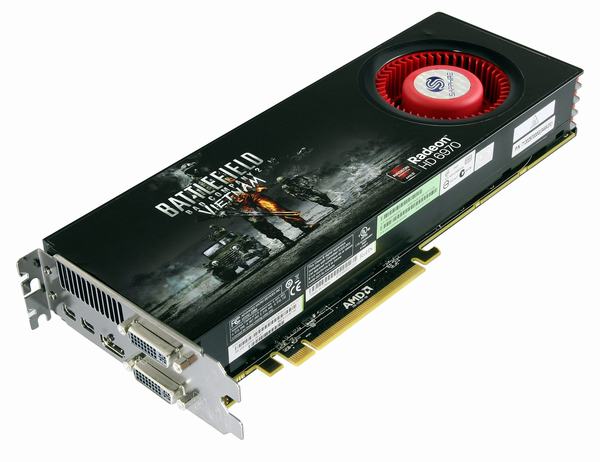 Unlike the HD 6800, HD 6900 comes with two CrossFire connectors. This means that you can use four cards in a 4-way CrossFire. The card also features a dual-bios toggle switch that makes bios updates a breeze. Setting 1 is unprotected for user updates, while setting 2 is the protected factory default mode. If you don't flash the card successfully, all you need to do is move the switch to revert to default bios. 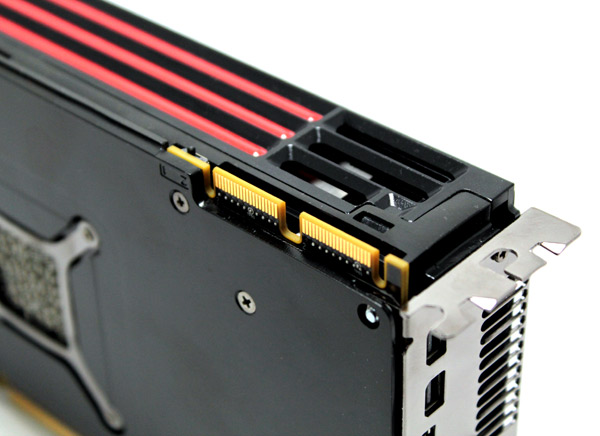 The PowerTune feature looks similar to a gimmick used by Nvidia on its GTX 580 card and it looks like this one locks the HD 6970's maximum TDP at 250W.

The TDP, something that has been quite a hot topic recently, is set at 200W for the HD 6950. AMD is currently using three different TDP values and calls them PowerTune Maximum Power, Typical Gaming Power and, of course, Typical Idle Power. 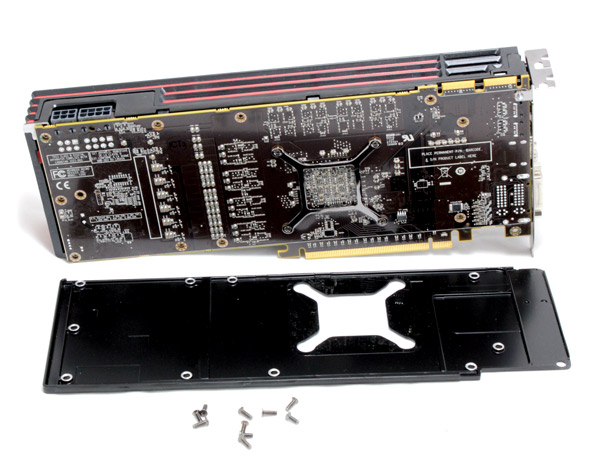 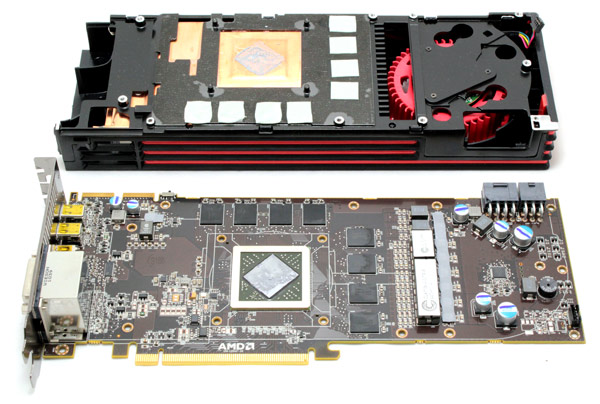 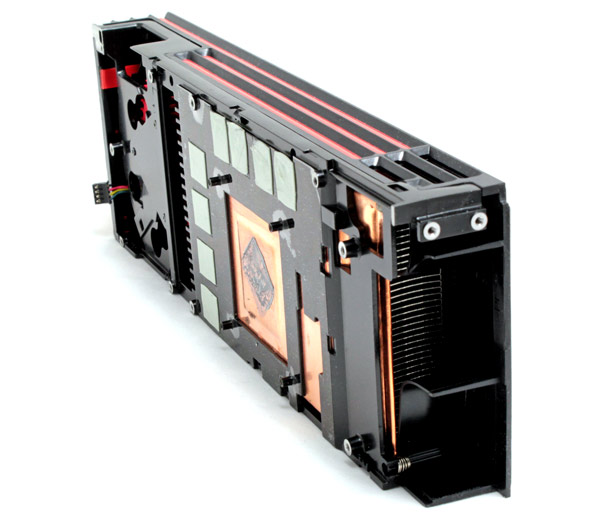 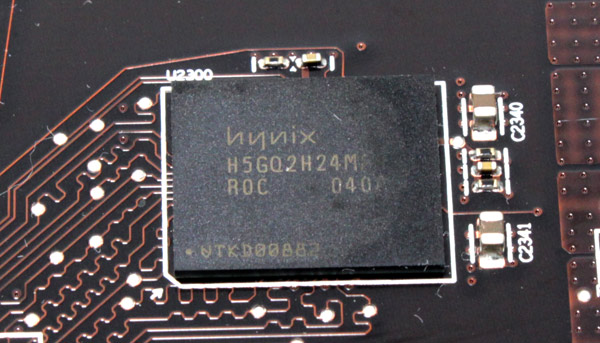