Overclocking capabilities of Sapphire HD 6970 Battlefield: Bad Company 2 Vietnam is comparable to most other HD 6970 cards. Reference GPUs run at 880MHz and we managed to push it by another 65MHz, to 945MHz. Our overclock involved Sapphire TriXX tweak utility but since the card does not support voltage tweaking, TriXX's voltage sliders were unusable. We used auto fan rpm throughout the test. 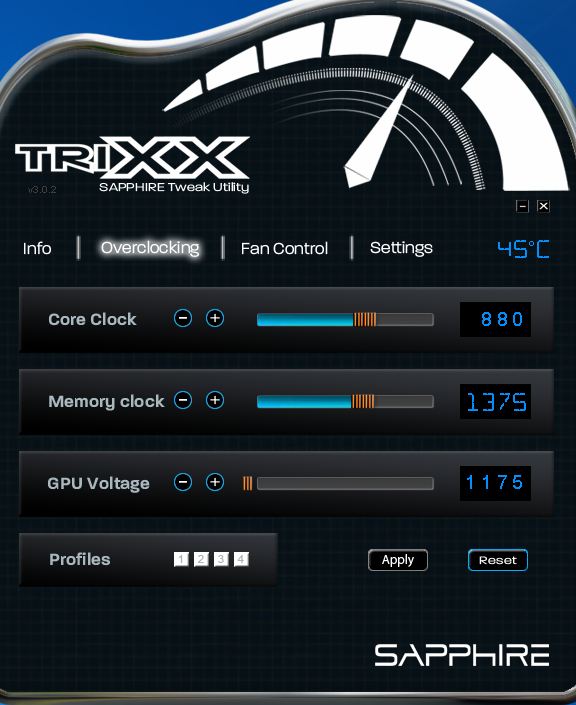 Unfortunately, we can't quite say we liked the card for its silence as our overclock, modest as it was, made it go really loud. The fan occasionally went so fast that it really made for pretty uncomfortable sessions.

Without overclocking, Sapphire's HD 6970 Battlefield runs normal - the fan is not quite inaudible, but it's not loud either. When idle, the card remains pretty quiet

GPU temperatures remain in normal limits and won't exceed 89°C. Our overclock pushed the GPU to 92°C. You can increase the fan rpm and lower the temperatures to below 70°C, but we chose not to test that scenario - the card was simply too loud.