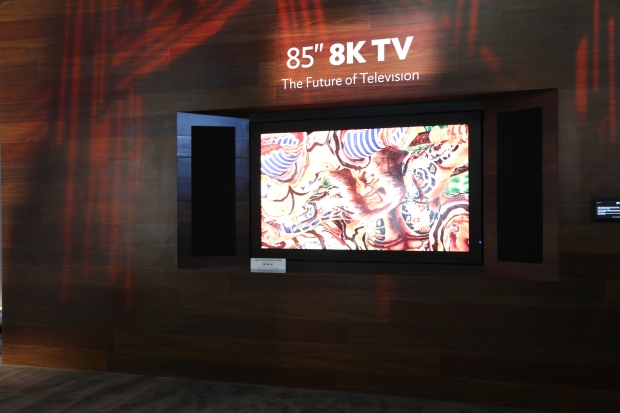 Nothing to see here

Sharp is already preparing to sell the world's first production 8K television which can offer eight times the resolution of standard HD.

The screen has a pixel density of 104 per inch. The 8K output requires the use of four USB 2.0 inputs, so it is already looking impractical for home use.

We admire those who want to stay ahead of the game, particularly when they are as broke as Sharp, but it might seem a little silly given that there are too few 4K broadcasts yet.

Sharp said it will flog its 8K TV to the business sector, letting companies produce their own 8K content to be displayed on it, rather than waiting for TV networks to broadcast in the super-high resolution.

The Japanese broadcaster NHK will begin testing 8K broadcasts in 2016 and hopes to have a full service up and running in time for the Tokyo 2020 Olympics.

Last modified on 16 September 2015
Rate this item
(4 votes)
Tagged under
More in this category: « There will be 30 million VR headsets by 2020 Breakthrough in Bionic Sensing »
back to top