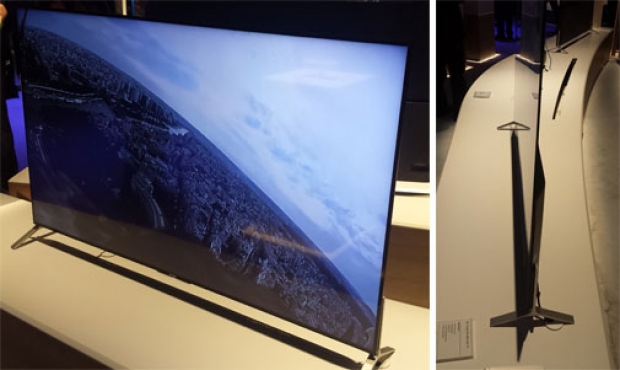 We spent some time with Sony X9005C TV which is the first TV to be powered with the Android 5.0. The latest updated version was released yesterday and upgraded this model and a few other Android TV's from Sony to Android 5.1.1

We saw the Sony X9005C in January in CES and we were surprised how responsive the TV was. This was the first time we really liked the Smart TV experience.

Some of the options depend on the region but most people within Europe should get the access to the Playstation video service. On this TV, Netflix supports 5.1 surround sound.

The most important thing is the HDR support (X85C, S85C, X91C, X90C, X93C and X94C models. Sony announced that it will enable HEVC broadcast support for both 2K/4K Android TV models in areas where free-to-air broadcast is available. HDMI lip sync and Audio drop out prevention should be included in the Android 5.1.1 update too.

There will be a later update that will get Amazon video support with 5.1 surround sound as well as the picture in picture feature. It takes up to 30 minutes to install the update but then you do get all the new things.

The sad thing is that Sony can bring android 5.1.1 on TV while the most phone manufactures still didn't get it for their phones. Now the wait for Android 6.0 starts.