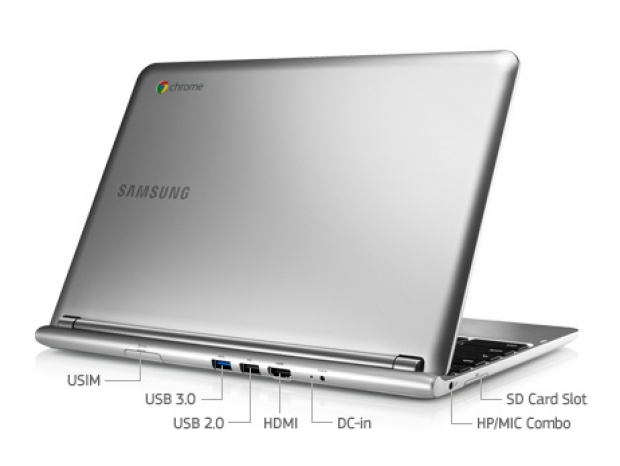 Samsung has announced its new Chromebook 3 at CES practically with no fanfare.

It has either a 2GB or 4GB of RAM and promises up to 11 hours of battery life. This is much better than the 8.5 hours for the Chromebook 2. It has a reinforced metal body for "durability against drops and spills."

Samsung would not say how much the new machine will cost. The Chromebook 2 retailed for $399.99 when it was announced so it will probably be about the same.

The company said that Chromebook demand was growing. Its first model was released in 2011 so it has been in on the ground floor of the whole project.

A spokesSamsung said that the Chromebook 3 will be available sometime in early 2016.

Last modified on 06 January 2016
Rate this item
(5 votes)
Tagged under
More in this category: « Google gave Scientology a leg up Oculus Rift VR headset priced at US $599 »
back to top