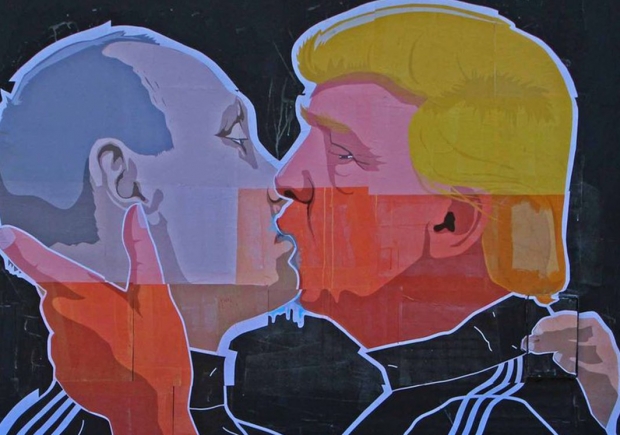 NSA hackers are targeting Russian government-linked hacking teams to see if they're responsible for the massive breach at the Democratic National Committee.

Analysts claim that Tsar Putin’s hacker teams have been active in trying to get Donald Trump elected by hacking sites to gather mud for him to fling against the democrats. Trump owes a lot of money to Russian oligarchs, who are Putin’s chums, who he went to after the American banks told him to go forth and multiply.

Robert Joyce, chief of the NSA's Tailored Access Operations said the NSA has technical capabilities and legal authorities that allow the agency to "hack back" suspected hacking groups, infiltrating their systems to gather intelligence about their operations in the wake of a cyber-attack.

"In terms of the foreign intelligence mission, one of the things we have to do is try to understand who did a breach, who is responsible for a breach. So we will use the NSA's authorities to pursue foreign intelligence to try to get back into that collection, to understand who did it and get the attribution. That's hard work, but that's one of the responsibilities we have," Joyce said.

The NSA is rumored to be using its own hackers to infiltrate two Russian hacking teams that the cybersecurity firm Crowdstrike alleged broke into the DNC's system and were linked to two separate Russian intelligence agencies. NSA hackers apparently watched the attacks from the inside as the hackers conduct their operations in real time.

One of the weaknesses of Russia’s hacker teams is that they have been using the same gear for other things. While US officials have been telling hacks off the record that they concur with Crowdstrike and other private cybersecurity firms who have pointed to Russian culpability.

For some reason the US government has declined to publicly blame the Russians. In fact the Director of National Intelligence James Clapper told the audience at the Aspen Security Forum Thursday that the U.S. intelligence community was "not quite ready to make a call on attribution".

There is a remote possibility that a clever hacker or hacking team could be framing the Russians, but the question then who has a real motive. Trump’s own team lacks the smarts, and the opposable thumbs, to carry out an attack that is so clever that the NSA thinks it is the Russians. Besides if Trump had a choice he would not like the finger pointing at his oligarch mates.

Michael Buratowski, the senior vice president of cybersecurity services at Fidelis Cybersecurity which studied some of the malicious code, said the evidence pointing to the Russians was so convincing, "it would have had to have been a very elaborate scheme" for it really to have been anyone else.

Last modified on 01 August 2016
Rate this item
(9 votes)
Tagged under
More in this category: « Rumor is that ARM will target Intel Samsung releases 15 TB SSD »
back to top