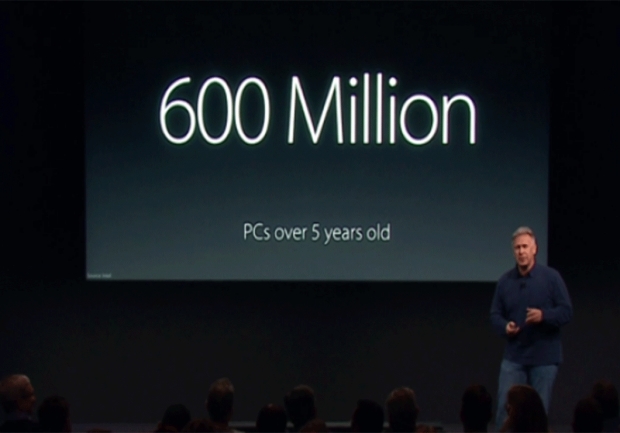 A while back Apple took the Nintendo out of those who owned five year old PCs calling them “sad people”. However, the fruity cargo cult is now peddling “new” computers which are that august age and even Apple fanboys are screaming “hey we are not THAT sad.”

MacRumors’ Buyer’s Guide catalogues the release dates of each major Apple product line and recommends which is the best to buy. It now lists almost every Mac as "Don't Buy".

Apart from the 12-inch MacBook, which was refreshed in April, every single Mac line from the mini to the Pro gets the thumbs down because they are so out of date it is just not funny.

The Retina MacBook Pro has not been updated for 442 days, the Mac mini has gone 657 days since its last update. The Mac Pro was released in December 2013.

At the time, Phil Schiller  claimed that the Mac Pro was the future of the pro desktop. Apparently he was talking about it being the only future that Apple was prepared to give it.

The Tame Apple Press is having trouble with this concept. It claims that Apple has managed to keep its iPhones and iPads ahead of everyone else, which is not completely true, but even it thinks Apple is daft flogging four year old computers.

The Verge while moaning that Apple should stop making four-year-old computers claimed:

“The company does amazing work to keep its iPhones and iPads ahead of competitors, performance-wise. Simple Intel processor upgrades are less important to laptops these days, however, and I’m finding this 2012 MacBook Pro fine to work from right now — faster than my 2015 MacBook, at least, which is enough for my needs.”

Which clearly means that you have ignored all the considerable trends in computing for the last four years. We are talking about missing out on Haswell upgrades, the move from 4 to 8GB of ram as the minimum standard, better GPUs etc. Four years ago I was running a Windows XP machine with 2.4Hz AMD chip with 4GB. Sure it worked but for the same price I am now running something is twice that spec. Apple gear costs a fortune, therefore it should be on the bleeding edge.

But it is charging $1,099 for four year old gear, it might still go, but anyone who owns one really is sad.

It is another case where Apple basically punishes its most loyal users and continues just to remove money from their pockets. Fortunately they do not appear to have worked out that they are just buying a new verson of the same computer they bought four years ago. They must be buying them because Apple's PC sales are the same that they have always been. But sooner or later Apple fanboys really are going to wake up that their favour PC maker is taking them for a ride.  WIth MacRumors saying "don't buy" it is a sign that things are coming unstuck.

Last modified on 05 August 2016
Rate this item
(17 votes)
Tagged under
More in this category: « Yahoo investigates mega breaches Mediatek predicts 25 per cent growth »
back to top