Microsoft is worth $500 billion 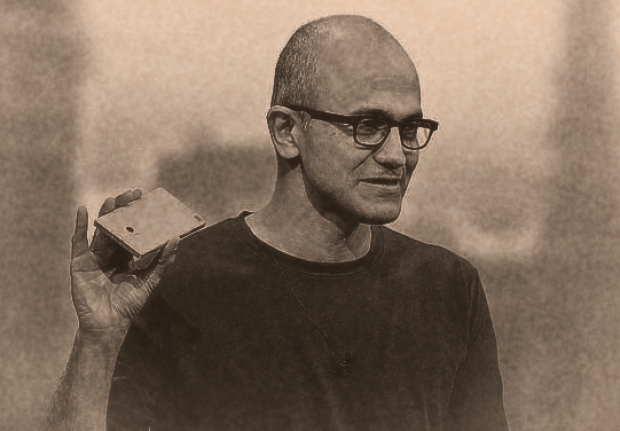 Nadella’s turnaround is working while Cook's is not

While the reign of the shy and retiring Steve “I never threw a chair at anyone” Ballmer was one of the best times for Microsoft news, the company has been having a bit of snooze for ages.

All that changed when Ballmer retired to shout at a basketball team and the much more boring Satya Nadella took over. However, Nadella has managed to jolt the company from its Ballmer snooze and now the company is where it was 17 years ago at the height of the dot.com boom.

Vole has announced that its market capitalisation topped $500 billion for the first time since 2000 after the technology giant's stock rose following another quarter of results that beat Wall Street's expectations.

Microsoft’s rise, just as Apple is contracting, has forced the Tame Apple Press to issue reassuring news stories that Apple’s market capitalisation is $642 billion so Microsoft has a long way to go before it beats Jobs’ Mob.

The comparison is interesting. Both Nadella and Tim Cook took over from infinitely more showy CEOs and both have the wiff of accountant about them, but both are getting different results.

The company's profit and revenue have now beaten the cocaine nose jobs of Wall Street's expectations in seven of the last eight quarters.

But Microsoft does have a few advantages over Apple. It is pushing into new areas, such as the cloud, the Internet of Things and rather nice Surface machines. If Apple does not turn itself around it could easily find itself eclipsed first by Google and then Microsoft.

But since both Cook and Nadella are focusing on getting the business sorted out why is Nadella doing so well while Cook is foundering? Microsoft’s problem was that it had become a collection of medieval fifedoms with middle managers holding powers like barons. Innovation was being strangled and the company effectively was feeding off itself. Nadella culled off what was not working, restructured its management and started getting them focused on new areas.

Cook faced a company which is locked down into secret units which are forbidden to talk to each other and which hires security agents to monitor staff chat outside work. Rather than tackling its toxic company culture, Cook embraced it and instead focused on milking the iPhone cash cow. To do that he has forced suppliers to reduce their costs. When they refuse, he either takes away their contract or engages in dubious legal activity.

For the sake of humanity and the people who work at Apple, it is hoped that Nadella’s approach works better.

Last modified on 30 January 2017
Rate this item
(0 votes)
Tagged under
More in this category: « URB-E is great transport for urban commutes ISPs giving up on warning pirates »
back to top