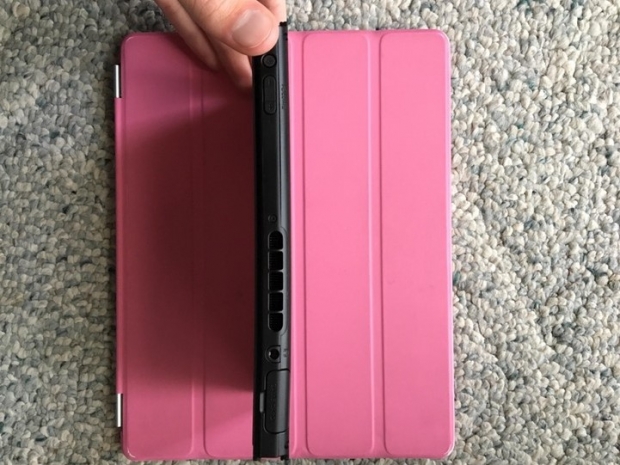 And not to light speed

Nintendo fanboys who have been complaining that Fudzilla does not like the Switch might better direct their complaints to the firm for releasing a product which appears blighted with problems.

For those who came in late, when the Switch was launched in March some users complained about dead or stuck pixels. Fanboys accused us of writing negative “click bait” stories especially after Nintendo assured them that dead pixels were normal.

Other stories appeared and the latest one is particularly bad, so if you are a Nintendo fanboy you might want to look away now. You can then just skip to the comments to complain about how evil Fudzilla is for telling you how flawed the product is.

Apparently the Nintendo console can warp when it is docked for an extended period of gaming. Pictures have started to appear of the warping on Reddit.

It only has the problem when it is in dock mode, when for some reason, it gets very hot. The theory is that when the machine is trying to cast content to a bigger screen it taxes the system too much.

Warped machines still work, at least for now. It is probably just as well Nintendo refused to stick a back up disk drive inside otherwise that would have been certainly screwed.

Nintendo is repairing the sets, but of course you will have to wait and will lose all your game data.

As normal with problems like this, there are large numbers of fanboys who insist that the problem does not exist and it is just evil people in the media conspiring against their favourite company. Of course others will insist that the bending is a feature and will deal with any negative stories by sticking their fingers in their ears and shouting la, la, la.

Last modified on 05 April 2017
Rate this item
(0 votes)
Tagged under
More in this category: « UK gets Honor Gigabyte BRIX has flaws »
back to top