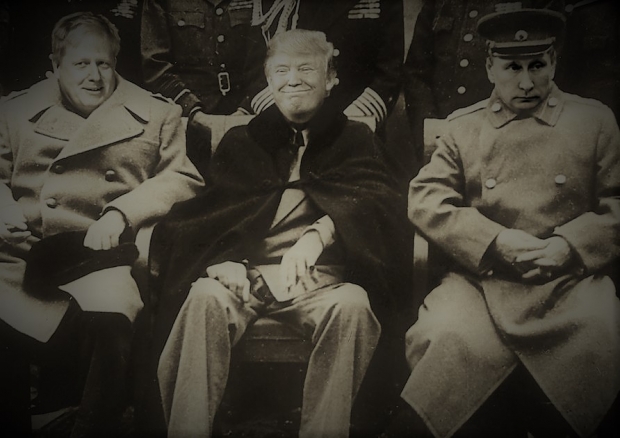 President Donald (Prince of Orange) Trump thinks it is rather a good idea to hand over cyber intelligence to the Russians before they have to go through the dangerous practice of hacking any computers.

Trump’s logic is that President Putin will never do anything bad with the cyber intelligence data because he said he wouldn’t.

After a meeting with Putin, Trump said on Twitter that he and Putin had discussed forming an "impenetrable Cyber Security unit" to prevent future attacks, including election hacking, which never happened.

But it appears that there are a few US politicians and security experts who think this is a bad idea. Trump flip-flopped and said it was just an idea and couldn't actually happen.

Now a group of US politicians has introduced a bill that would formalise a policy of the United States not sharing cyber intelligence with Russia and make damn sure it does not happen in any form.

Rep. Ted Lieu (D-Calif.), Rep. Brendan Boyle (D-Pa.), and Rep. Ruben Gallego (D-Ariz.) introduced the No Cyber Cooperation With Russia Act to ensure that the US doesn't hand over any cybersecurity intelligence on attacks or vulnerabilities to Moscow.

The bill said that recent attacks such as the NotPetya malware outbreak have been linked to Russia, as have the various attacks surrounding the 2016 presidential election.

"When the Russians get their hands on cyber intelligence, they exploit it -- as they did last month with the NotPetya malware attack targeting Ukraine and the West. It is a sad state of affairs when Congress needs to prohibit this type of information sharing with an adversary, but since we apparently do, I am proud to introduce the No Cyber Cooperation with Russia Act with my friends Brendan Boyle and Ruben Gallego. I urge my colleagues across the aisle to join us in sending a clear message that Congress will not stand for this proposal to undermine U.S. national security."

Last modified on 14 July 2017
Rate this item
(0 votes)
Tagged under
More in this category: « Bye-Bye Windows Phone 8 Carmakers lean on China to relax electric car rules »
back to top