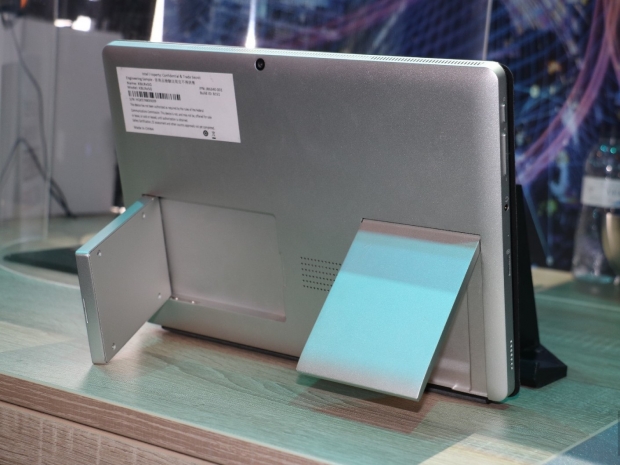 So not as ready as the Tame Apple Press claims

Intel has been benefiting from the anti-Qualcomm rhetoric coming from the Tame Apple Press (TAP) over its 5G modems.

If you believe TAPs, Intel’s modems are far superior to Qualcomm and it will take over the mobile 5G world. So when reporters were shown 5G demos at the Intel stand at the World Congress stand everyone expected to be wowed.

One of the new proofs of concept from the chip maker is a detachable PC streaming a 4K video over a test 5G connection using an early modem. Intel also announced a partnership with Dell, Lenovo, HP and Microsoft to bring 5G-connected PCs with XMM 8000 series modems to market in the second half of 2019.

The unnamed concept 2-in-1 was a preview of what those PCs will be like. At the booth, the convertible streamed Wonder Woman on a loop, and company reps told Engadget that the demo was hitting 4 to 5 Gbps rates.

While that is impressive if true the 28GHz spectrum that the PC was tapping for the demo is dedicated to the stream, and thus not congested. Intel also placed the base station for the network about four or five feet directly above the device, leaving little room for interference to affect the stream.

But sharp-eyed hacks at Gizmodo also noticed that Intel was not taking any chances. Intel's PC concept hide a huge 5G antenna in a rather fat kickstand. We would rather hope that by the time the product hits the make stream, Intel will have worked out a way to make this a little smaller otherwise the iPhone will return to the days when they were the size of bricks.

We suspect the Qualcomm efforts will be a lot smaller and slimmer. At least we hope so.