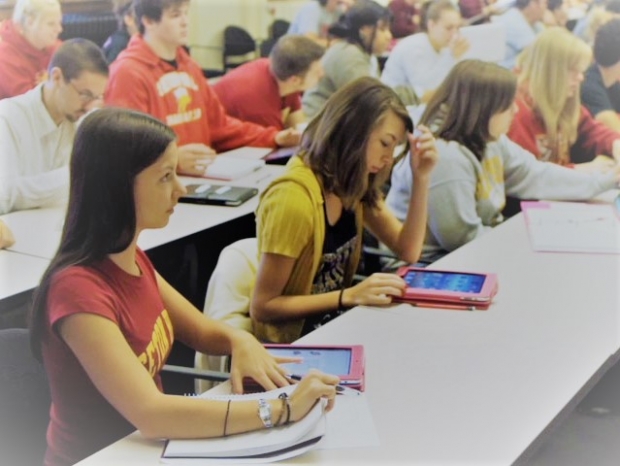 The outfit's ridiculous repair policy will scupper Apple's attempts to mass sell its tablets to US schools.

For those who came in late, Apple thought that it could resurrect its falling bottom line by taking on Chrome books in the education market. It bundled up a refreshed of its 9.7-inch iPad keyboardless netbook with Apple Pencil support for schools and assumed that the idea would take off.

However it appears that schools are not impressed with Apple's offering. iFixit has published its teardown of the device this morning which shows that the Apple vision for schools will cost kids a fortune as it is practically unrepairable.

If an iPad breaks, there's almost no chance that a district will be able to repair it in house; whereas on cheaper Chromebooks, there's a possibility an IT team could open them up to make some fundamental fixes. It's a weak point that it's hard to see Apple ever addressing. And since schools aren't exactly forgiving environments for a lent out device, how well the iPad holds up to drops and dings, and how expensive it is to fix, are bound to be factors in a school's decision on which devices to adopt.

Apple also skimped on the sorts of things that a tablet in education needs. Including no waterproofing, a non-replaceable charging port, zero upgradeability, and use of glue throughout the internals.

iFixit then pointed towards the HP Elite x2 1012 G1 tablet, which got a perfect repairability score of 10 out of 10, summarising that "Apple's 'education' iPad is still a case of won't - not can't.

One of the iPad's advantages regarding repairability comes in the form of its digitiser panel quickly separating from the display. iFixit pointed out that if either component should break, the repair will be easier for schools and educators.

The battery is still locked behind a "repair-impeding adhesive" that greatly reduced the iPad's repairability score. Ultimately, iFixit gave the 2018 iPad a repairability score of two out of 10, favouring the reasonably easy repair options of its air-gapped, non-fused display and digitiser glass, but taking marks off for its heavy use of adhesive and sticky tape.

A review like that means that any school which signs up for Apple's tablet needs to question its sanity.  Not only is the upfront cost expensive, but they are also going to face a substantial ongoing repair cost.  Of course, that is not the story being told by the Tame Apple Press at the moment. Business Insider continues to sacrifice its credibility by claiming that the tablet may be boring but it is perfect.

Last modified on 04 April 2018
Rate this item
(0 votes)
Tagged under
More in this category: « Facebook deletes Russian troll factory accounts Apple hopes to get more intelligence from Google »
back to top