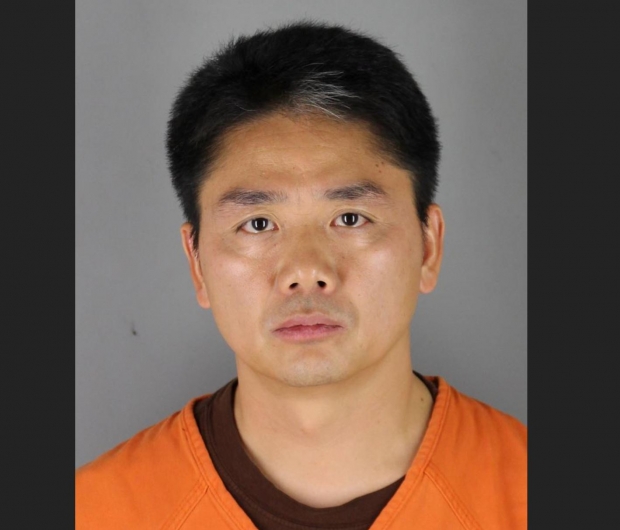 eCommerce billionaire leader back in China

A 21-year-old University of Minnesota student sent a WeChat message to a friend in the middle of the night saying that she was raped by the JD.com leader  Richard Liu at her Minneapolis area apartment.

“I was not willing”, she wrote in Chinese on the messaging application around 2AM on August 31. “Tomorrow I will think of a way to escape”, she wrote, as she begged a friend not to call police.

“He will suppress it”, she wrote, referring to Liu. “You underestimate his power.”

Liu, the founder of Chinese ecommerce giant JD.com Inc, was arrested later that day on suspicion of rape, according to a police report. He was released without being charged and has denied any wrongdoing through a lawyer. He has since returned to China and has pledged to cooperate with Minneapolis police, although there  is no reason for him to ever come back. The Chinese don't have an extradition treaty with the US.

Jill Brisbois, a lawyer for Liu, said he maintains his innocence and has cooperated fully with the investigation.

“These allegations are inconsistent with evidence that we hope will be disclosed to the public once the case is closed”, Brisbois wrote in an email response to detailed questions from Reuters.

The police department has turned over the findings of its initial investigation into the matter to local prosecutors for a decision on whether to bring charges against Liu. There is no deadline for making that decision, according to the Hennepin County Attorney’s Office.

The case has drawn intense scrutiny globally and in China, where the tycoon, also known as Liu Qiangdong, is celebrated for his rags-to-riches story. Liu, 45, married to Zhang Zetian, is described by Chinese media as 24 years old, who has become a celebrity in China and works to promote JD.com.

Last modified on 24 September 2018
Rate this item
(0 votes)
Tagged under
More in this category: « Britain to create 2,000 strong anti-Russian cyber force Google gives another reason to uninstall Chrome »
back to top