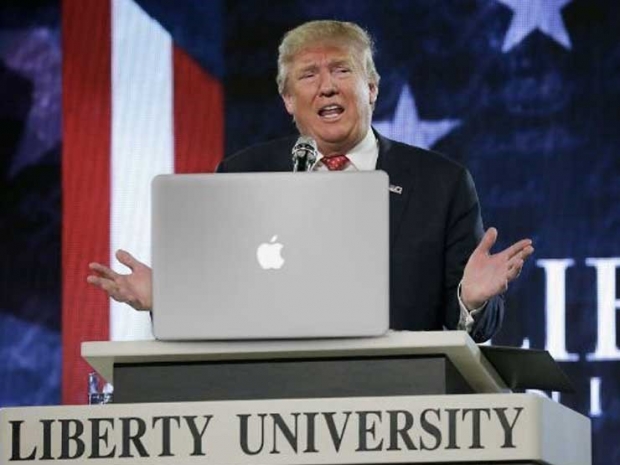 Fanboys will believe anything

Apple’s AI has been encouraging its fanboys to believe debunked conspiracy theories and fake news.

The code for Apple's Safari’s "Siri Suggested Websites" feature appears to have been designed by the same crack programming team that bought us the iPhone clock which could not tell the time or switched off if you were holding it the wrong way.

If you typed "Pizzagate" into Apple's Safari, the browser's "Siri Suggested Website" prominently offered users a link to a YouTube video with the title "PIZZAGATE, BIGGEST SCANDAL EVER!!!" by conspiracy theorist David Seaman.

The video doesn't play, since Seaman's channel was taken down for violating YouTube's terms of service. But this is not the only time that the iPhone has come packed with useless Seaman.

When BuzzFeed News entered incomplete search terms that might suggest contentious or conspiratorial topics, the search algorithms directed them toward websites, message boards, or YouTube conspiracy videos rather than reliable information or debunks about those topics.

For those in Apple land who do not know, Google does not feature such unreliable pages in its top search results.

BuzzFeed thinks that the poor suggestions may be a result of a "data void" which is "what happens when a term doesn't have 'natural informative results' and manipulators seize upon it”.

"Many of the sites surfaced by the Siri Suggested feature came from conspiracy or junk sites hastily assembled to fill that void."

In a statement, Apple said: "Siri Suggested Websites come from content on the web and we provide curation to help avoid inappropriate sites. We also remove any inappropriate suggestions whenever we become aware of them, as we have with these. We will continue to work to provide high-quality results and users can email results they feel are inappropriate to ."

Last modified on 26 September 2018
Rate this item
(0 votes)
Tagged under
More in this category: « Qualcomm accuses Apple of Intel collusion Amazon competes at the high end, on the high street »
back to top