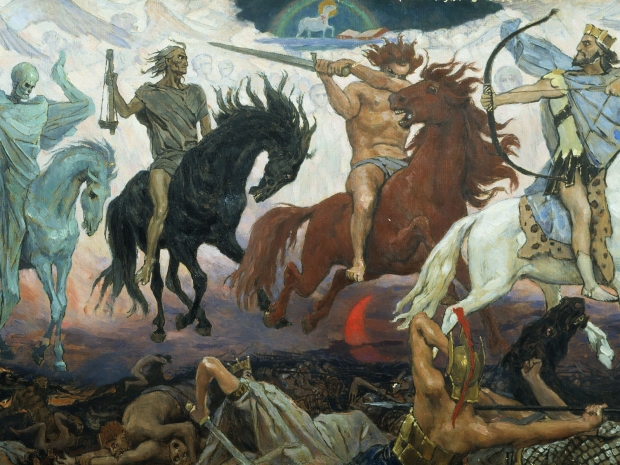 Riders of the Apocalypse ride forth

Juniper Research is warning that many of the metrics in the cryptocurrency world are pointing to a market implosion.

This is pretty much expected. Industry bellwether Bitcoin had seen its daily transaction volumes fall from an average of around 360,000 a day in late 2017 to just 230,000 in September 2018.

Meanwhile, daily transaction values were down from more than $3.7 billion to less than $670 million in the same period. Writing in a study with the catchy title The Future of Cryptocurrency: Bitcoin & Altcoin Trends & Challenges 2018-2023, Juniper said the market has contracted.

In the first quarter, cryptocurrency transactions totalled just over $1.4 trillion, compared with less than $1.7 trillion for 2017, Juniper said.

However, by the second quarter, transaction values had plummeted by 75 percent, with total market capitalisation falling to just under $355 billion.

"Based on activity during the first half of Q3, Juniper estimates a further 47 percent quarter-on-quarter drop in transaction values in that quarter", the researcher said in an accompanying white paper.

Last modified on 12 October 2018
Rate this item
(0 votes)
Tagged under
More in this category: « Bing favoured neo-Nazi conspiracy stories FCC says it legally cannot police the internet »
back to top