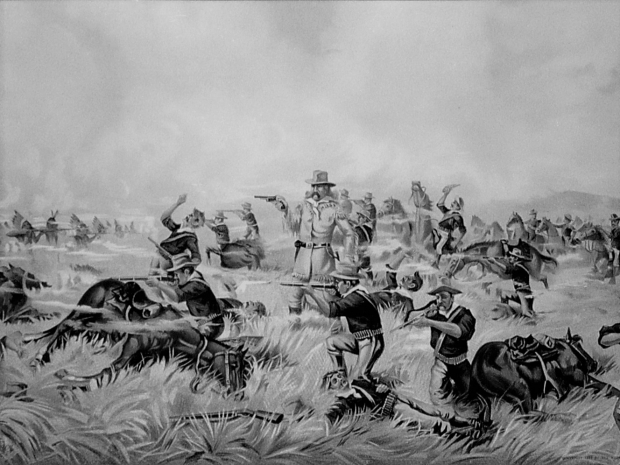 Donald (Prince of Orange) Trump’s FCC chairman Ajit Pai has fallen foul of the courts with his plans to take away a broadband subsidy from native Americans.

Pai was following the traditional US government practice of resolving shortages for things it needed (land, resources, tax cuts for the extraordinarily rich) by taking it from the Native Americans and thought he might have got away with it were it not for those pesky writs.

In November 2017 the FCC voted to make it much harder for tribal residents to obtain a $25-per-month Lifeline subsidy that reduces the cost of internet or phone service.

It never happened because in August 2018, the US Court of Appeals for the District of Columbia Circuit stayed the FCC decision pending appeal. The same court followed that up on Friday last week with a ruling that reversed the FCC decision and sent the matter back to the commission to redo it.

The court said that since 2000, low-income consumers living on tribal lands may receive an additional $25 per month for these services through the Tribal Lifeline programme in recognition of the additional hurdles to affordable telecommunications service on tribal lands.

This would have limited tribal residents' options for purchasing subsidised service, but the FCC claimed it was necessary in order to encourage carriers to build their own networks.

The same FCC decision also would have eliminated the $25 subsidy in urban areas, reserving it only for tribal lands in rural areas. The court's decision Friday, in response to an appeal filed by tribal organizations and small wireless carriers, overturned both limitations.

A three-judge panel said the FCC failed to consider that facilities-based providers have been leaving the Lifeline programme and provided no evidence that banning resellers would spur new broadband deployment. The FCC did not properly consider how eliminating the subsidy in urban areas would affect consumers, judges determined.

To make matters worse the FCC "failed to provide an adequate opportunity for comment on the proposed limitations", judges wrote.

Last modified on 05 February 2019
Rate this item
(0 votes)
Tagged under
More in this category: « Canadian cryptocurrency loses $137 million Apple surrenders to the French on tax »
back to top