Foxconn optimistic about this year 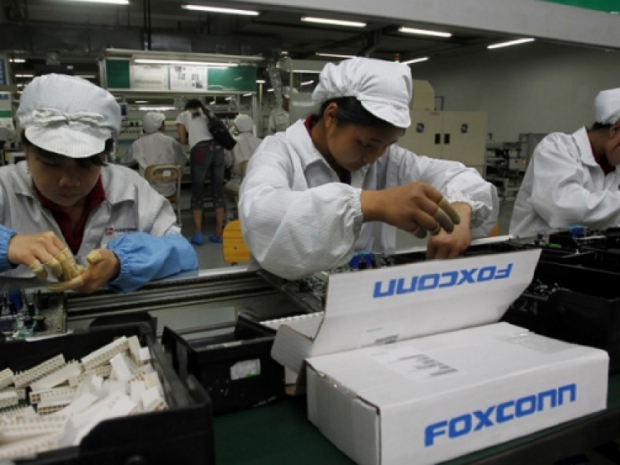 Foxconn expects its revenues to continue growing in 2019 although it is not sure exactly by how much.

Company chairman Terry Gou told the assembled throngs at a Foxconn event that what counts most is confidence. He hoped all employees have confidence in themselves, the company and the global economy.

He said this year Foxconn will continue to uses its advantages in the manufacturing sector to develop new businesses mainly associated with new technologies.

Gou said the global economy will be divided into two major camps: a free economy and trade area led by the US, and a regional economic zone headed by China with a 1.3 billion population. Foxconn now maintains investments in both areas, which, together with its investment in Japan's Sharp, will usher in positive business development for the entire group, Gou said.

He said Foxconn will continue with its construction plans in Wisconsin. The Foxconn chair said he and US president Donald Trump had just exchanged views on the Wisconsin project and concluded that it will focus on the production of 6G TFT LCD panels.

Foxconn's annual revenues had kept expanding from $64.89 billion recorded 10 years ago to $6.1 trillion if revenues from Innolux are included.

Gou said 2018 may have been the worst year in the past decade, but 2019 will certainly be the best in the next 10 years. He added that Foxconn's strategy for the next decade is to continue long-term investment in talent cultivation and technology development.

Last modified on 11 February 2019
Rate this item
(0 votes)
Tagged under
More in this category: « Amazon thinking of abandoning New York amid protests Amazon buys Eero »
back to top